Workout Week Photo-blog that Was in a Writer’s Images 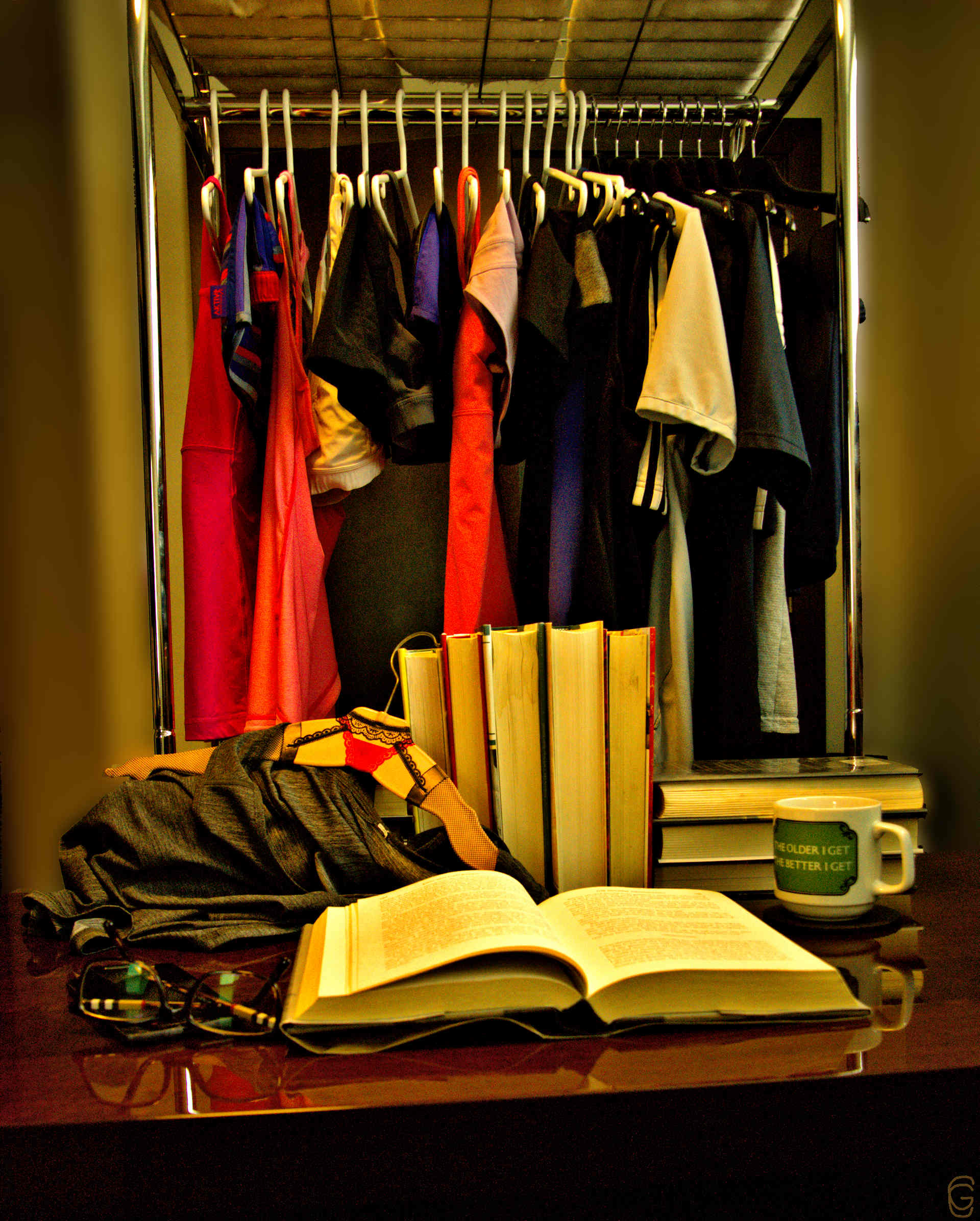 Can someone explain to me why they have to make women’s fitness apparel so complicated? I was relaxing with a book when the washing machine finished our workout wear load. Since I’m not completely useless around the house, mostly, but not completely, I got up to hang up the clothes. All those women’s tops with all the straps crossing this way and that looked, based on the seams, to be inside out. I switched them around and then they were more inside out. My stuff, even with the (my) hanger distraction, was easy, just shoulders, no multiple straps all over, that basically just hang. Took me forever to get back to my book. 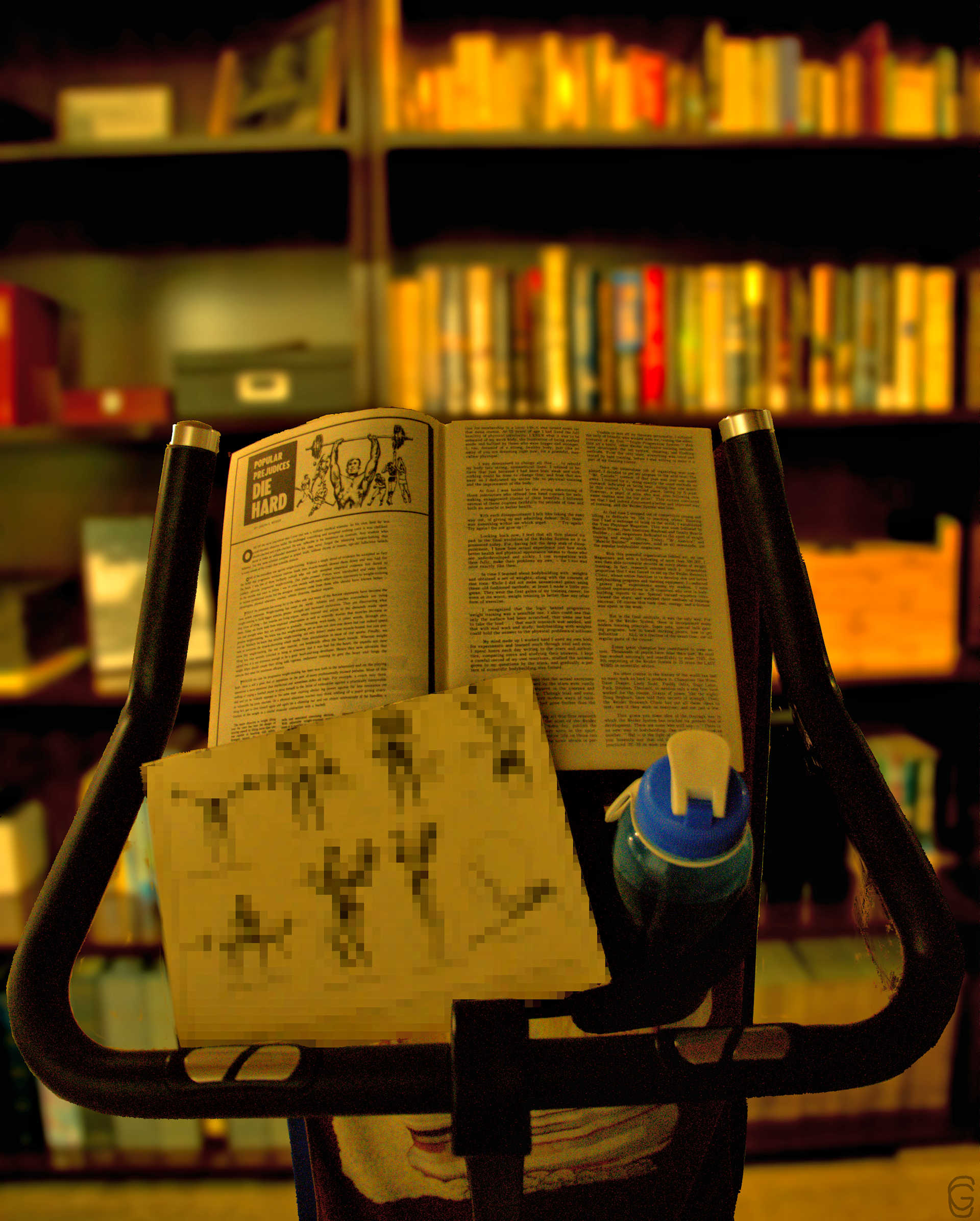 exercise bike in front of bookshelves

Always wondered about that little lip for a book on an exercise bike. Never thought I could use it during a programmed workout. Turns out it is great for reexamining some 70’s vintage exercise stuff that I uncovered during our recent move. I suppose sitting on the bike examining these and my bookshelves is as good a calorie burn as actually doing a program. At least that’s what I’m telling myself. 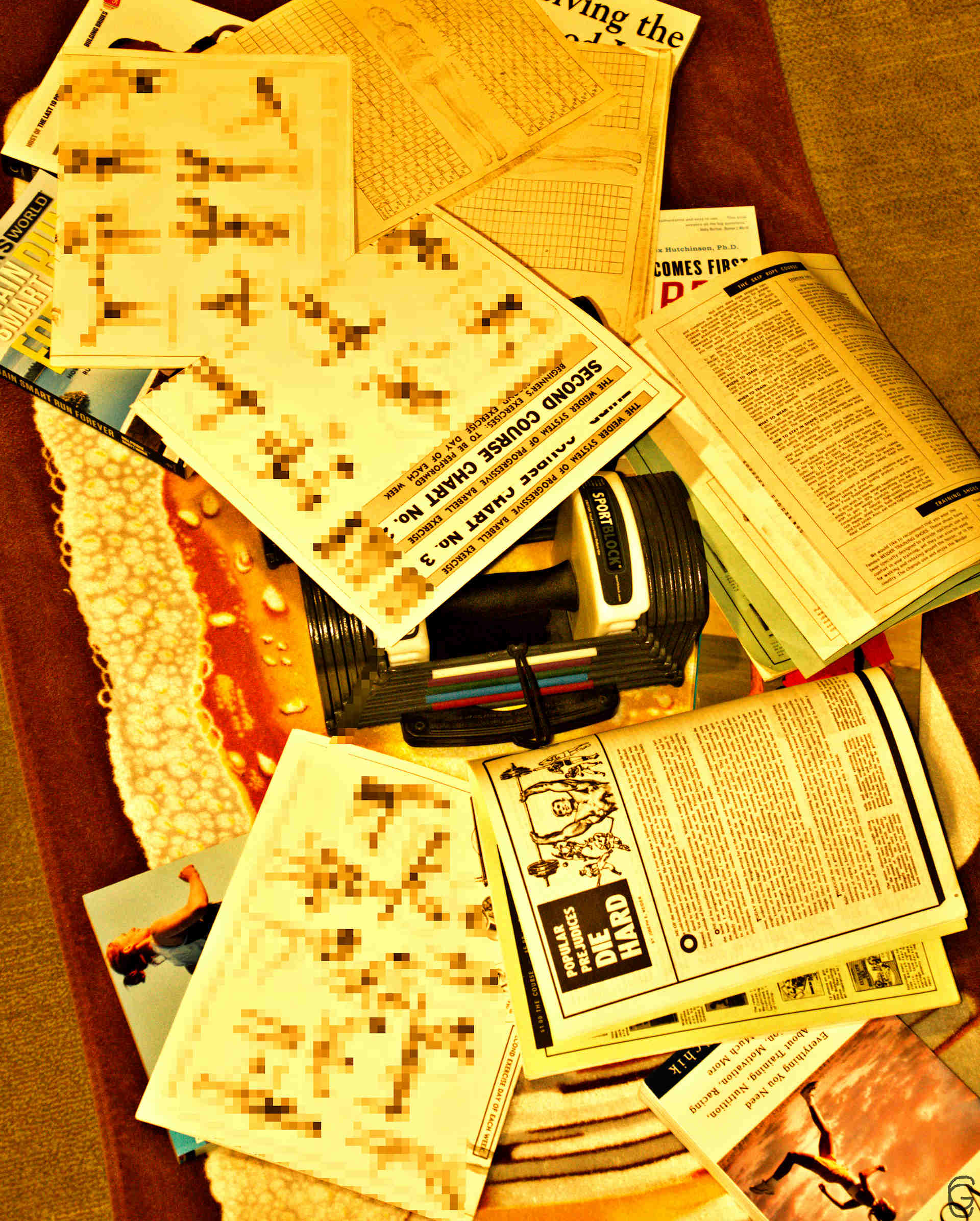 It was current running and exercise books vs. my 70’s vintage exercise books and charts. Turns out my vintage stuff came out on top. Don’t know for sure but perhaps that was because I put them on top for the picture. 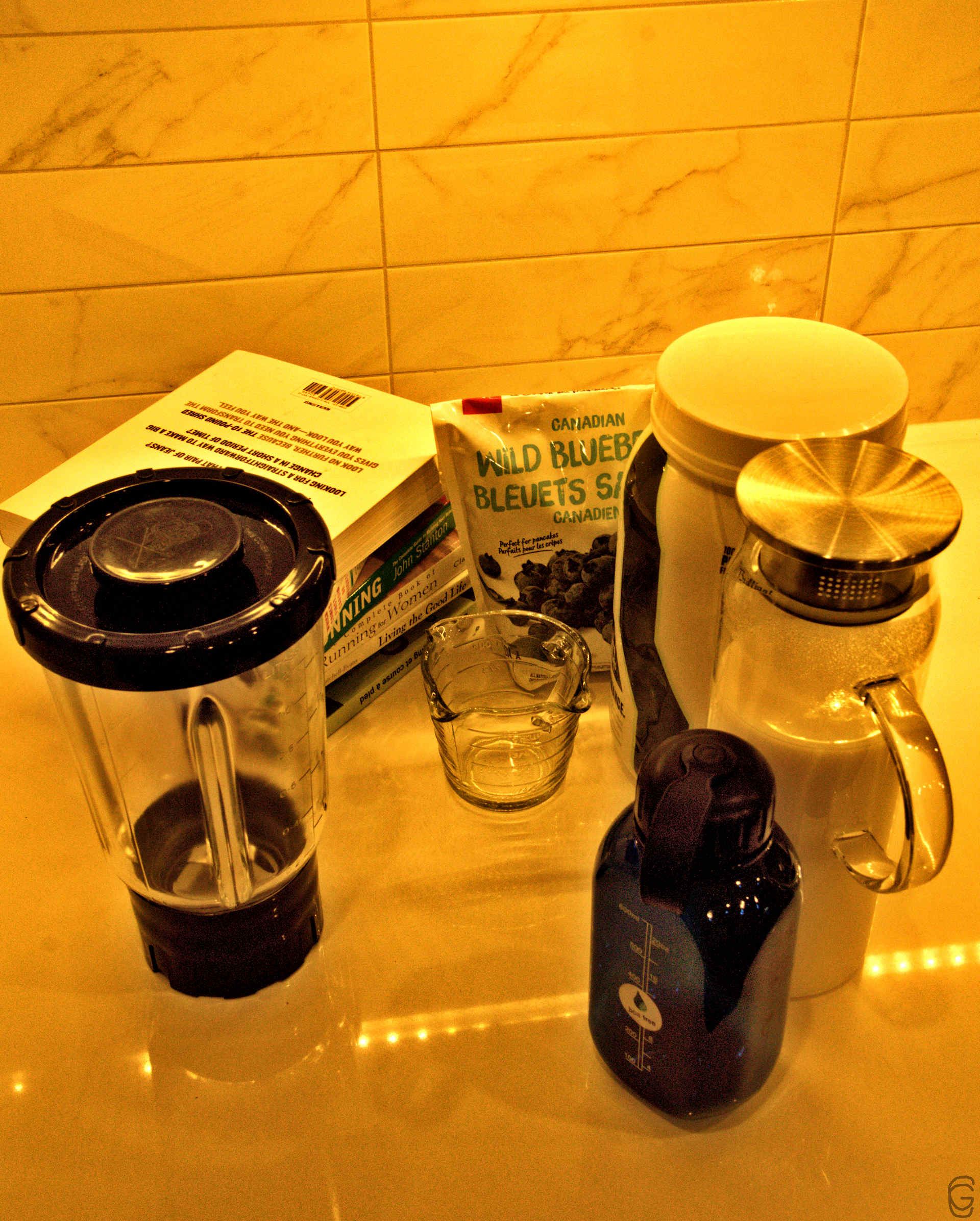 Just looking through some fitness books for a new post workout shake but it looks like I’ll stick with the tried and true. Never can go wrong with blueberries. 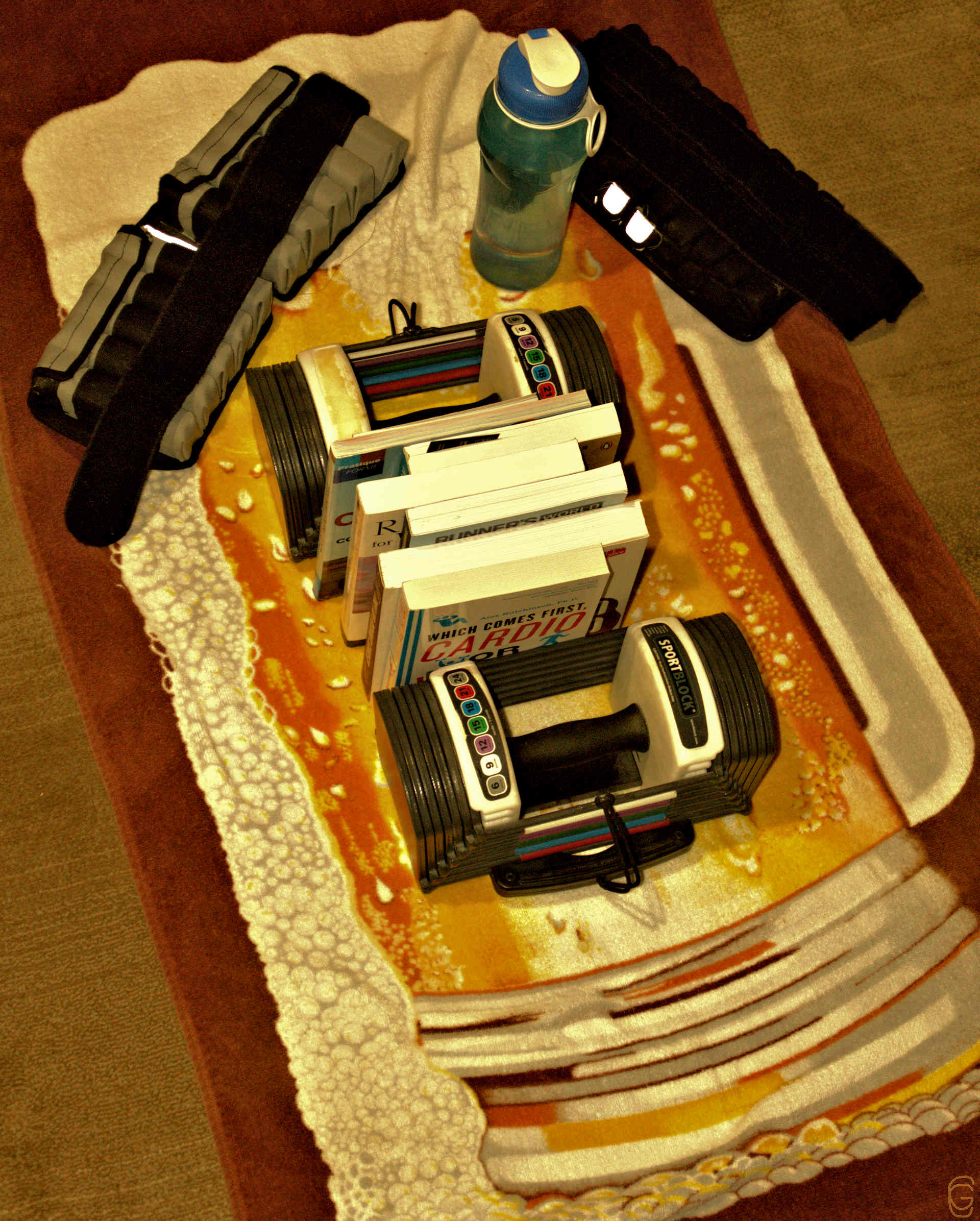 Of course, bookends, and to keep on theme, I can use them to hold workout books. Now that I finally found a good use for these weights, I can forget about my nasty exercise schedule … well … at least until the weekend. That’s not tomorrow, is it?