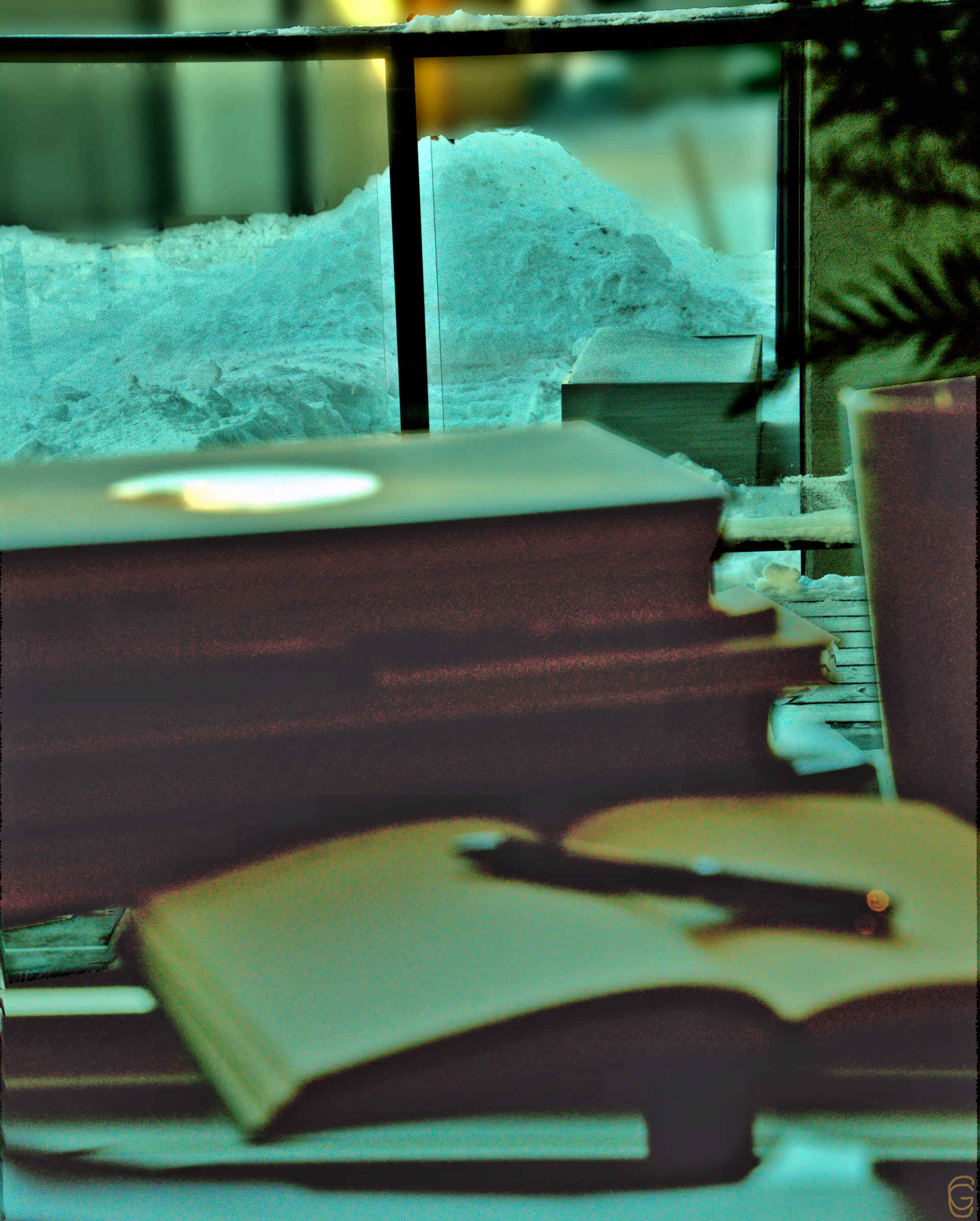 Been having trouble focusing on books and writing … been too busy admiring the piles of snow I created … seemingly on a daily basis. Oh well, at least I’m creating. 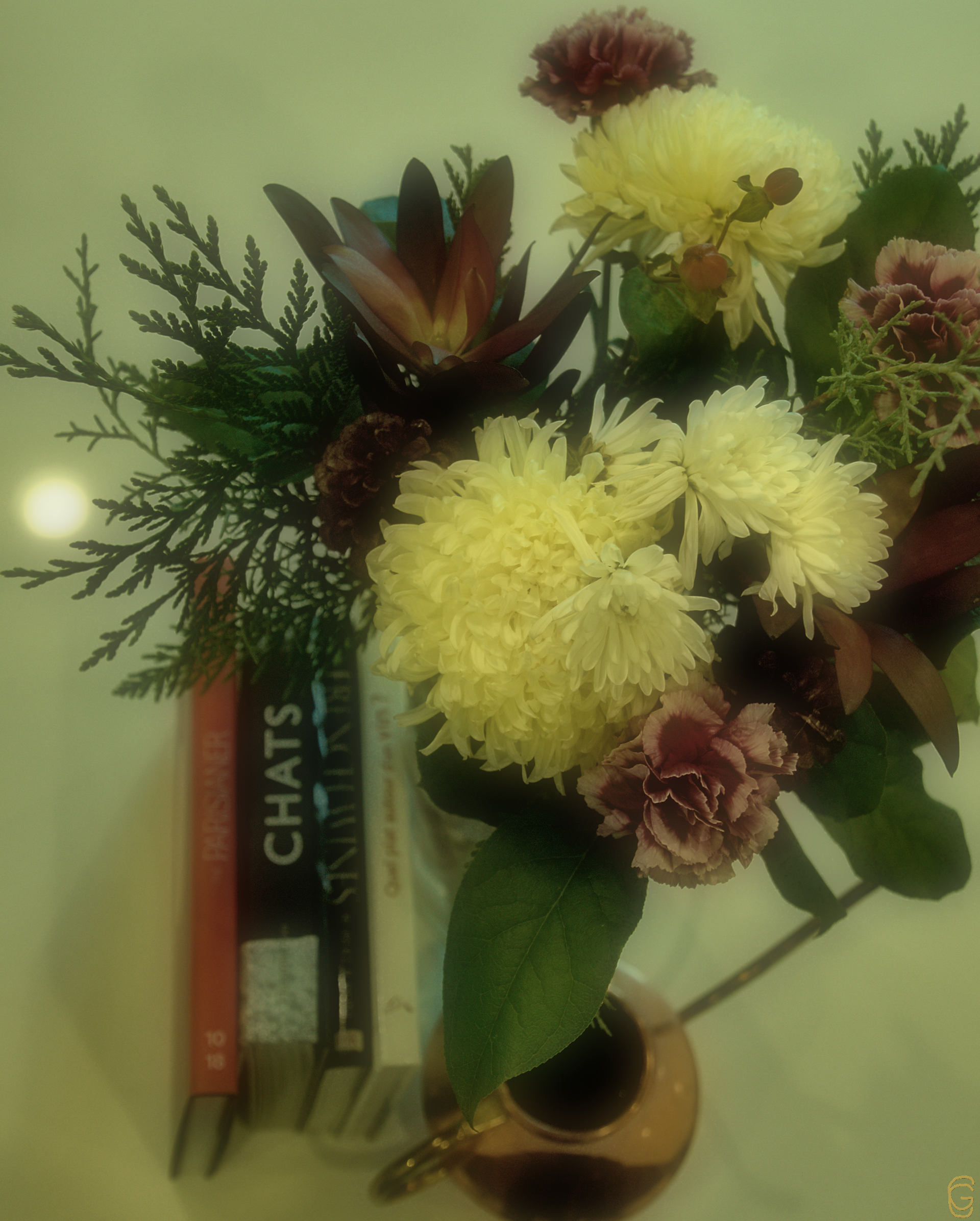 Finished with the snow so felt I should relax with some coffee table books and be thankful by smelling the roses; well, Holiday Season bouquet anyway. 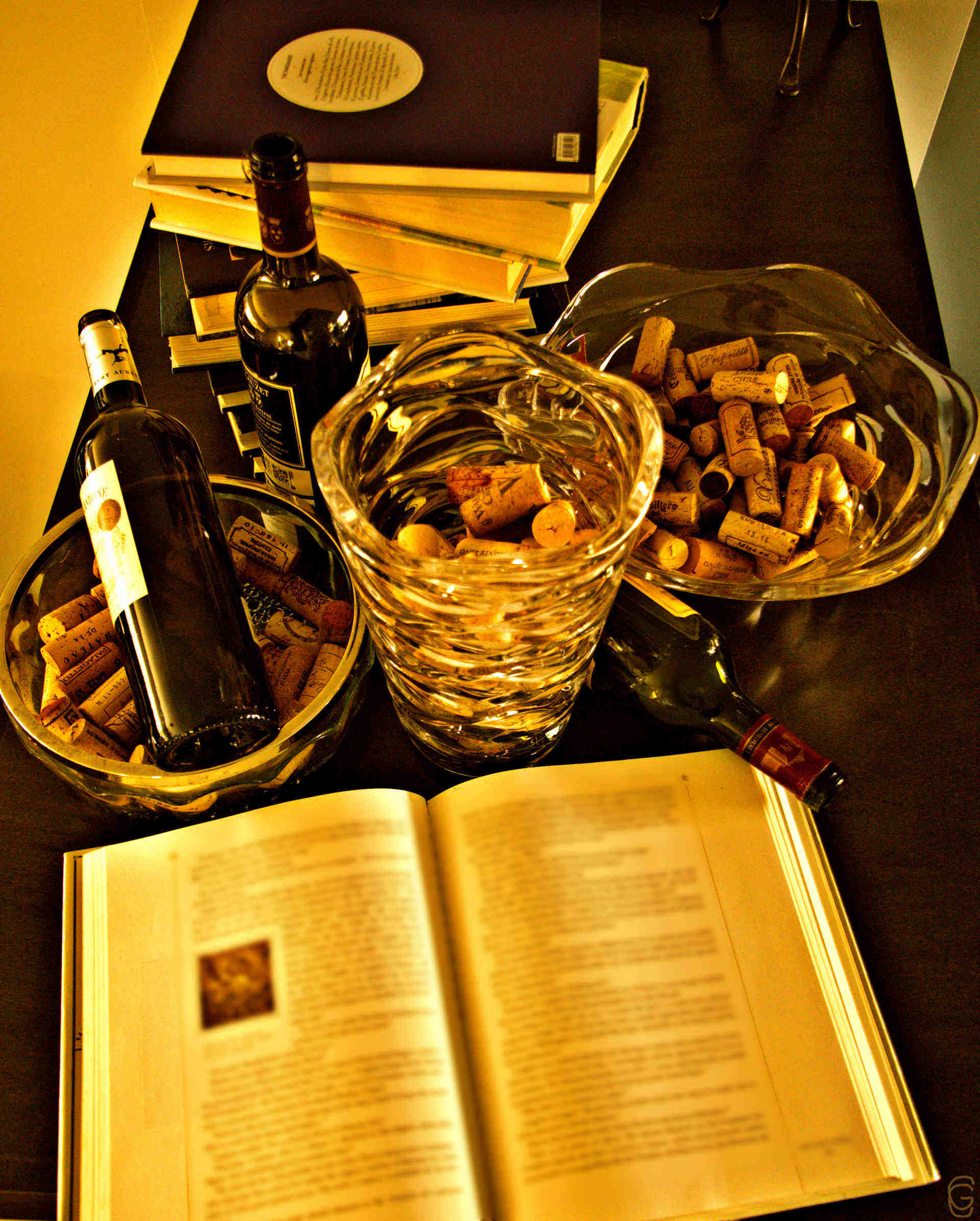 Cleared away the Holiday Season ornaments exposing the reading spot behind. It was a good Holiday Season but now as I look beyond the books, for some reason, I’m thinking perhaps it was too good a Holiday Season. 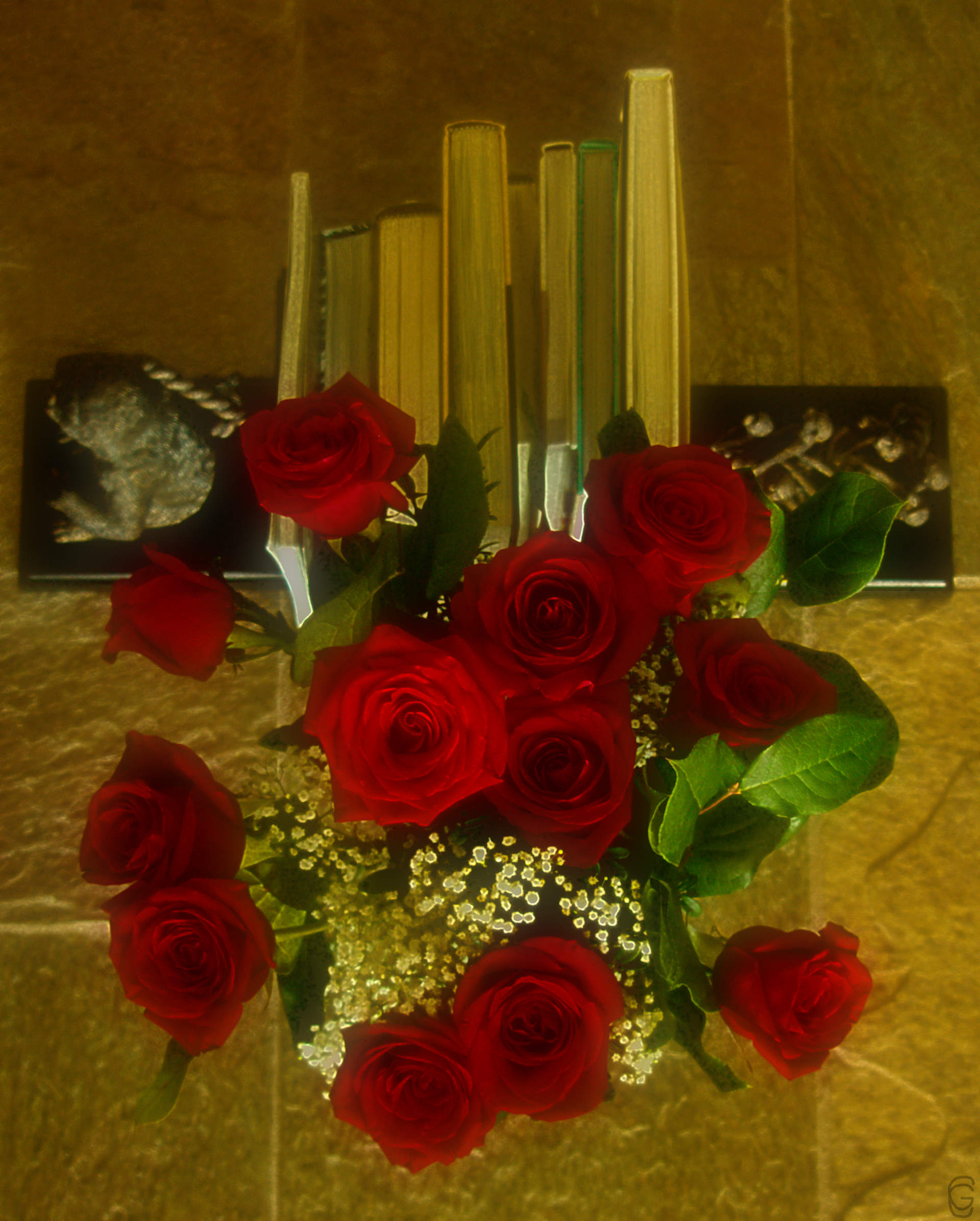 Throwback Thursday, a picture from a time when I did relax with some coffee table books and really had the roses to smell. Likely most of the same books are in this older picture as in the one from Tuesday’s smelling the roses picture. 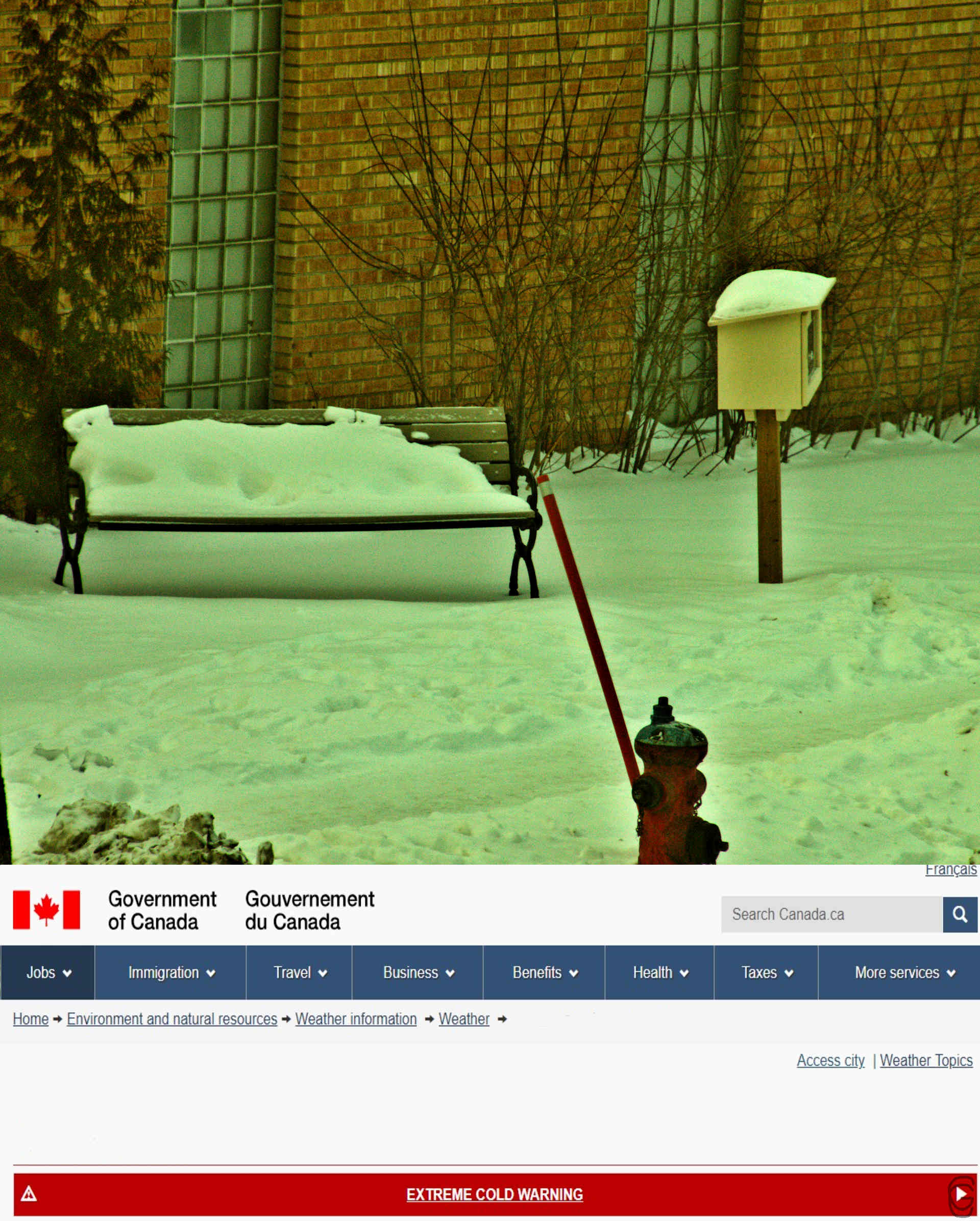 It looked bright and sunny outside so I was going to walk over to the nearby lending library box, browse, maybe sit on the bench and read for a while. I quickly changed plans. Unfortunately it seems the bench is not really available. The weather warning may have had a little to do with my decision as well. Oh, in case you were wondering what extreme cold is in Canada, well, for this warning that would be a slightly nippy -30C, -39C with wind chill. Certainly not a record but enough to make me rethink my plans.