Tower photos, 2017, for week of the May 29th to June 2nd by Author Scot Fin. Full size slideshow at the bottom of this post. 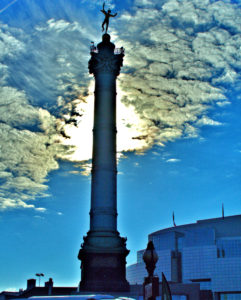 While there might be one specific ‘towering’ structure that is the most well-known part of the Paris landscape, there are many other impressive towering columns.  The Colonne de Juillet is one. I usually just think of it as Bastille since it is at the center of Place de la Bastille. The July Column commemorates Les Trois Glorieuses, well not glorious for Charles X. He was overthrown after a three day battle in July 1830. 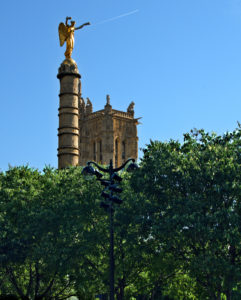 Little known fact about the Victory statue atop the Fontaine du Palmier; apparently it points out air traffic directions or, at least, the way past Tour Saint-Jacques. Well, maybe that’s my little known idea based on this picture. Actually the Victory statue is a tribute to Napoleon’s campaigns atop this fountain while the Saint Jacques Tower is the only remains of a 16th century church. The Tower is in the calm Square de la Tour Saint-Jacques off the busy Rue de Rivoli. 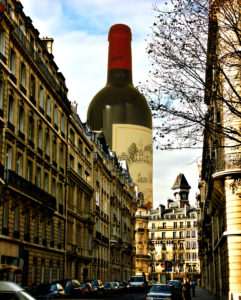 More Paris towers; La tour du vin. I heard they had replaced some apparently well known tower in Paris. Good choice on that replacement. Well, my idea for a replacement or it could be fake news on wine Wednesday. 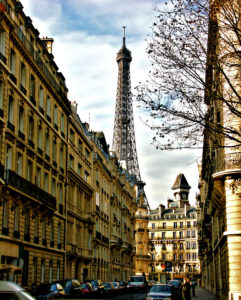 Okay, turns out la tour Eiffel really is still there. Seems my last post was something from a wine dream that somehow produced an image on my Instagram account. I’ve mentioned before how often la tour Eiffel just pops up while looking down many Paris streets, and there it is. I suppose 324 metres in Paris proper will do that. Actually, I probably appreciate it more from these vantage points. 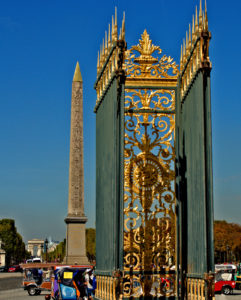 The gates to the Jardin des Tuileries provide a little gold privacy while looking towards the busy Place de la Concorde with this week’s towering theme, the Egyptian Obelisk, providing the height. This Obelisk, donated by Egypt, is about 23 metres, which I think includes the cap. I say this because the original Egyptian cap was stolen a little while ago. Apparently it is thought the theft took place around the sixth century BC in Egypt so don’t look at me. And would that be the Arc de Triomphe de l’Étoile in the distance? But that would require much Champs Élysées shopping to get there.