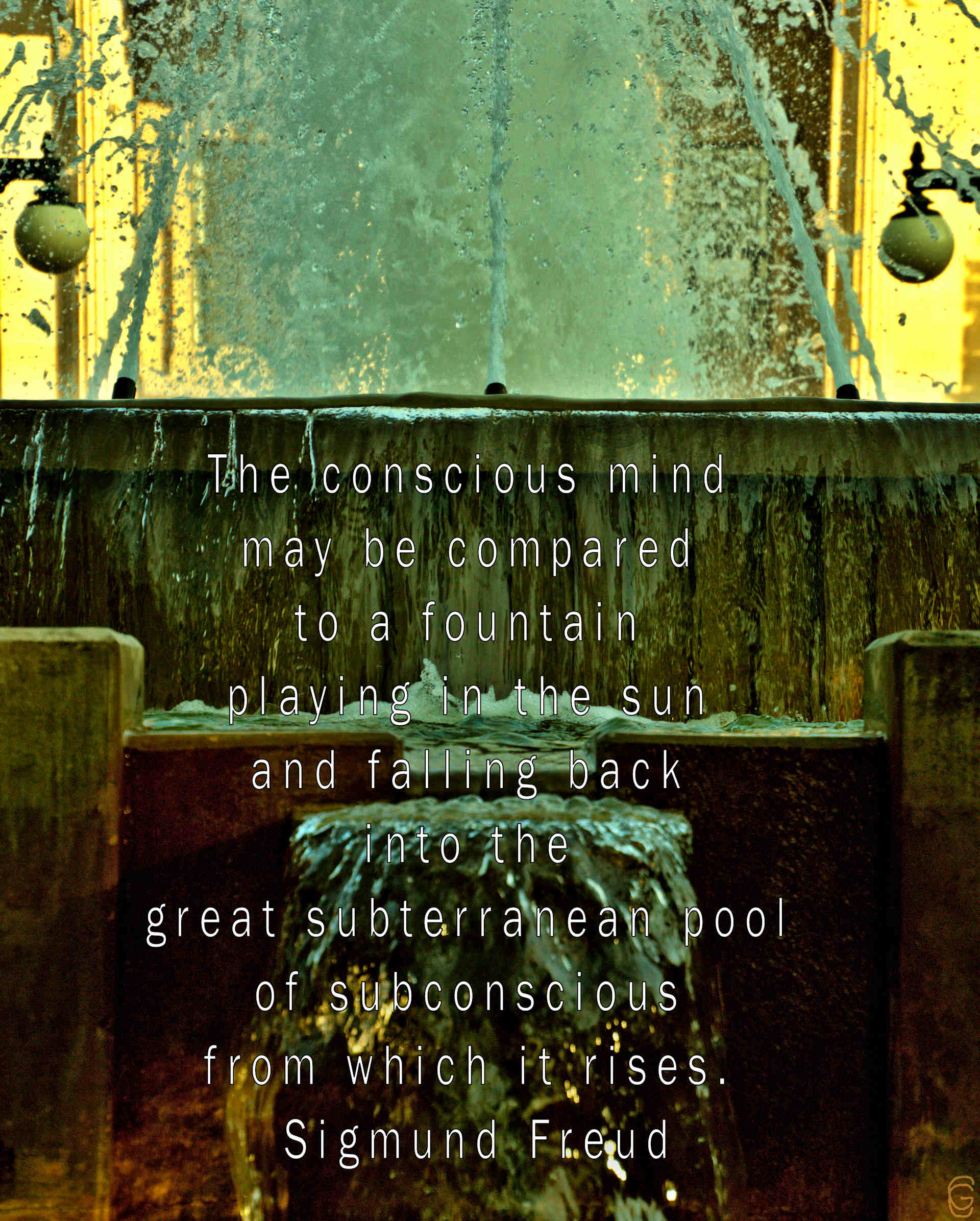 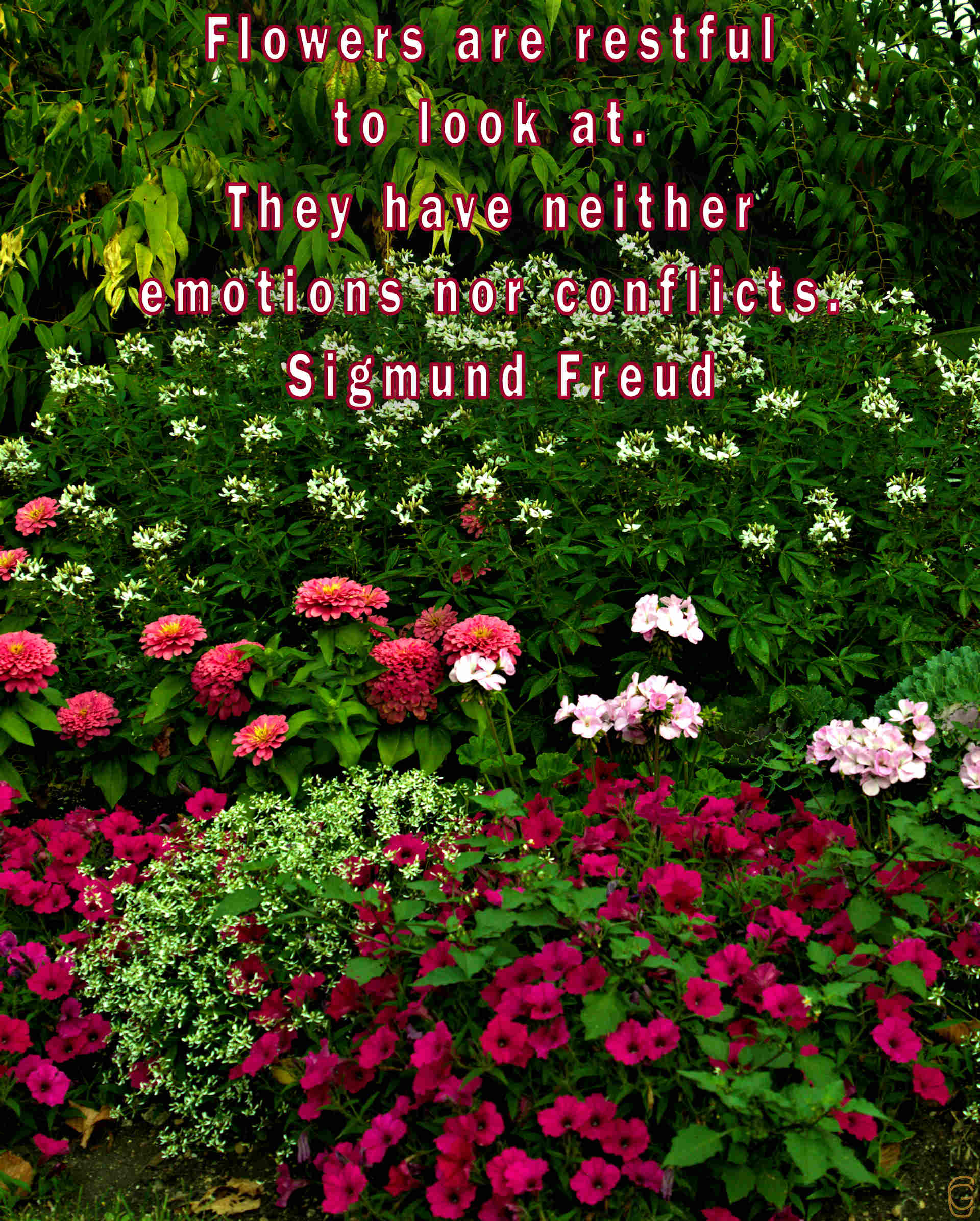 Ah, now I know why everyone likes flowers. There had to be a logical Freudian reason. “Flowers are restful to look at. They have neither emotions nor conflicts.” Freud. 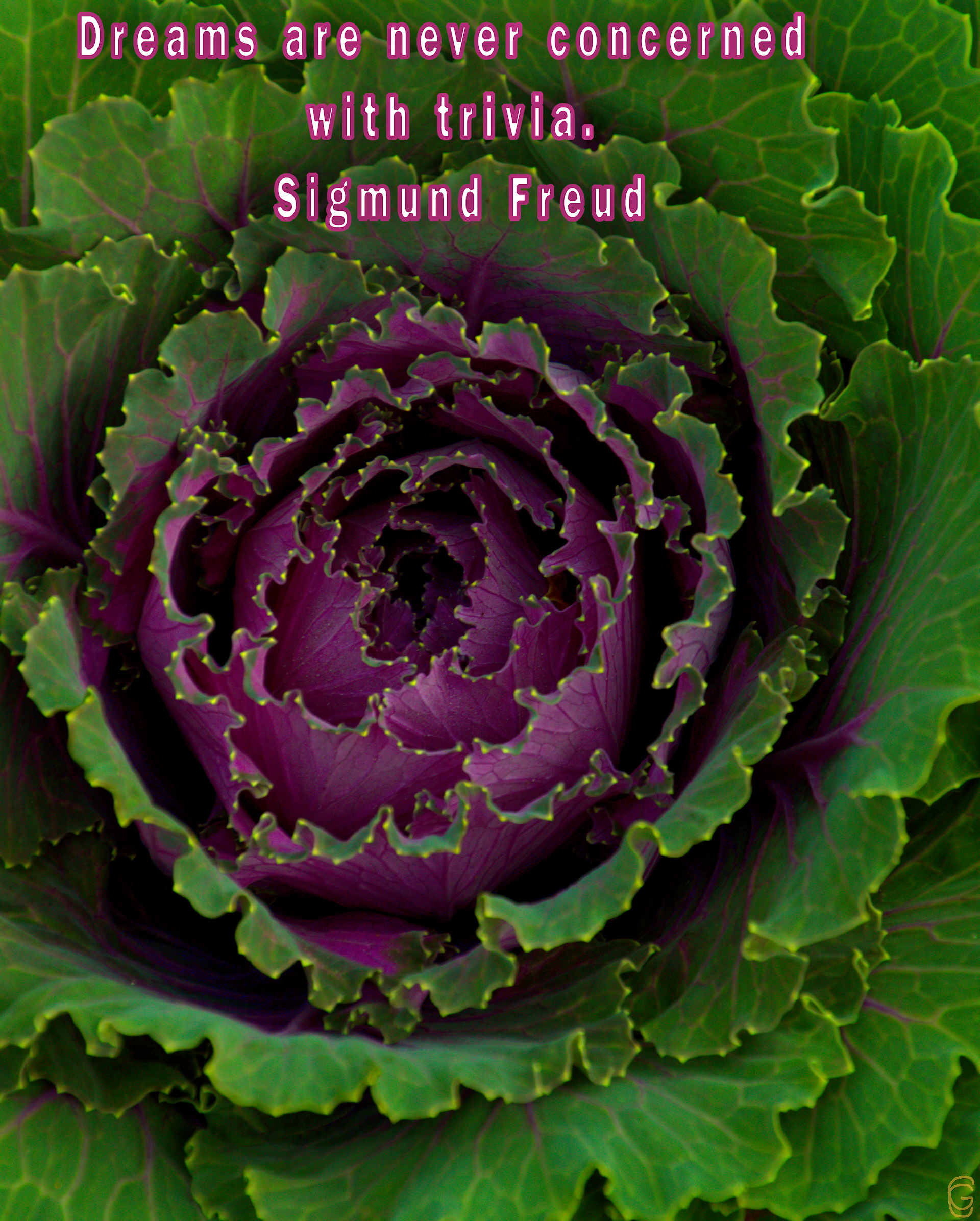 Perhaps the picture might be a little trivial but I wasn’t concerned. “Dreams are never concerned with trivia.” Freud, The Interpretation of Dreams. 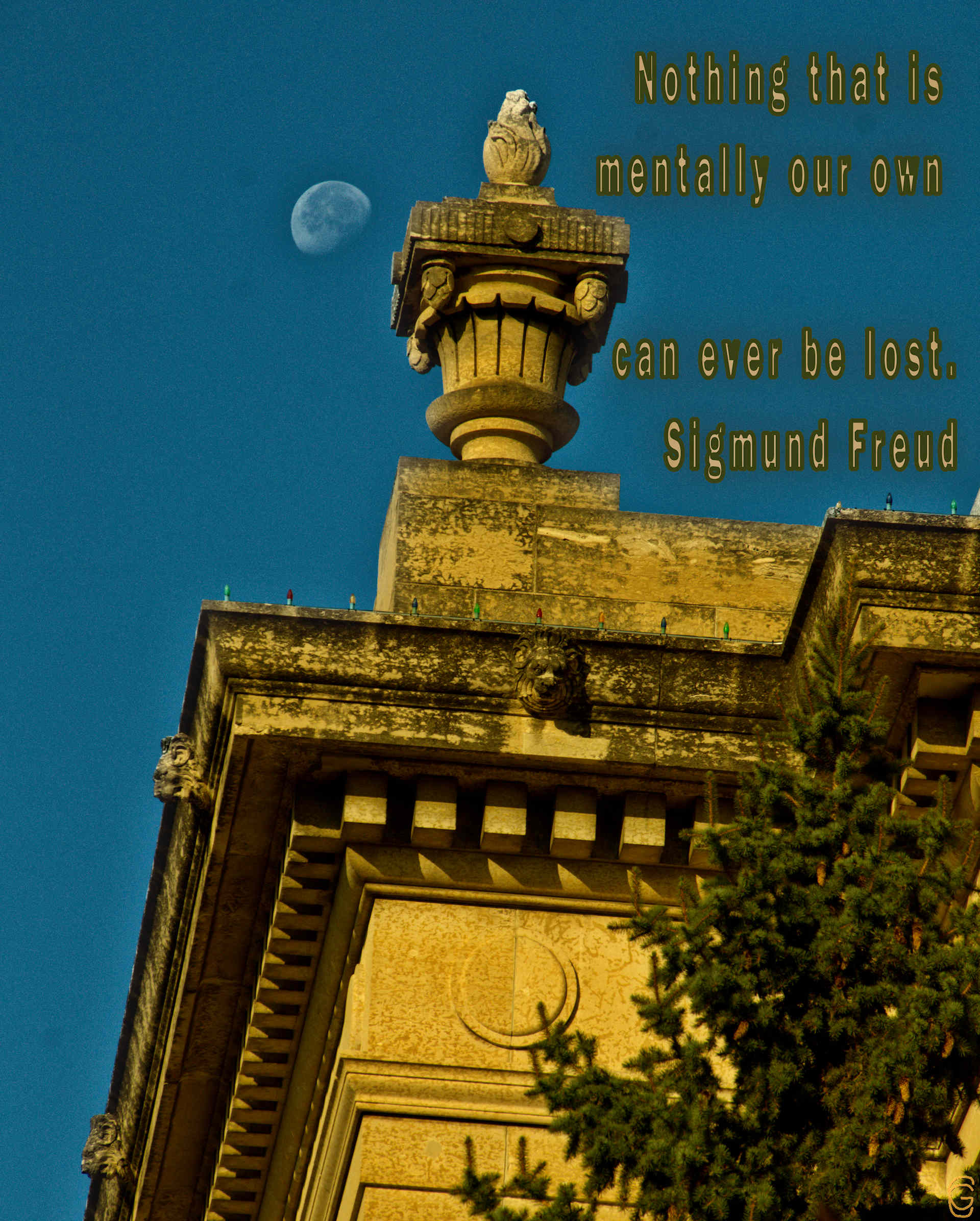 I didn’t want to lose this mental image of the daytime moon so I took a picture. Turns out I didn’t have to or perhaps Mr. Freud was being, well, more Freudian. Whatever, I like the concept. “Nothing that is mentally our own can ever be lost.” Freud, The Interpretation of Dreams.