Week of Quote Pictures that Was in a Writer’s Images 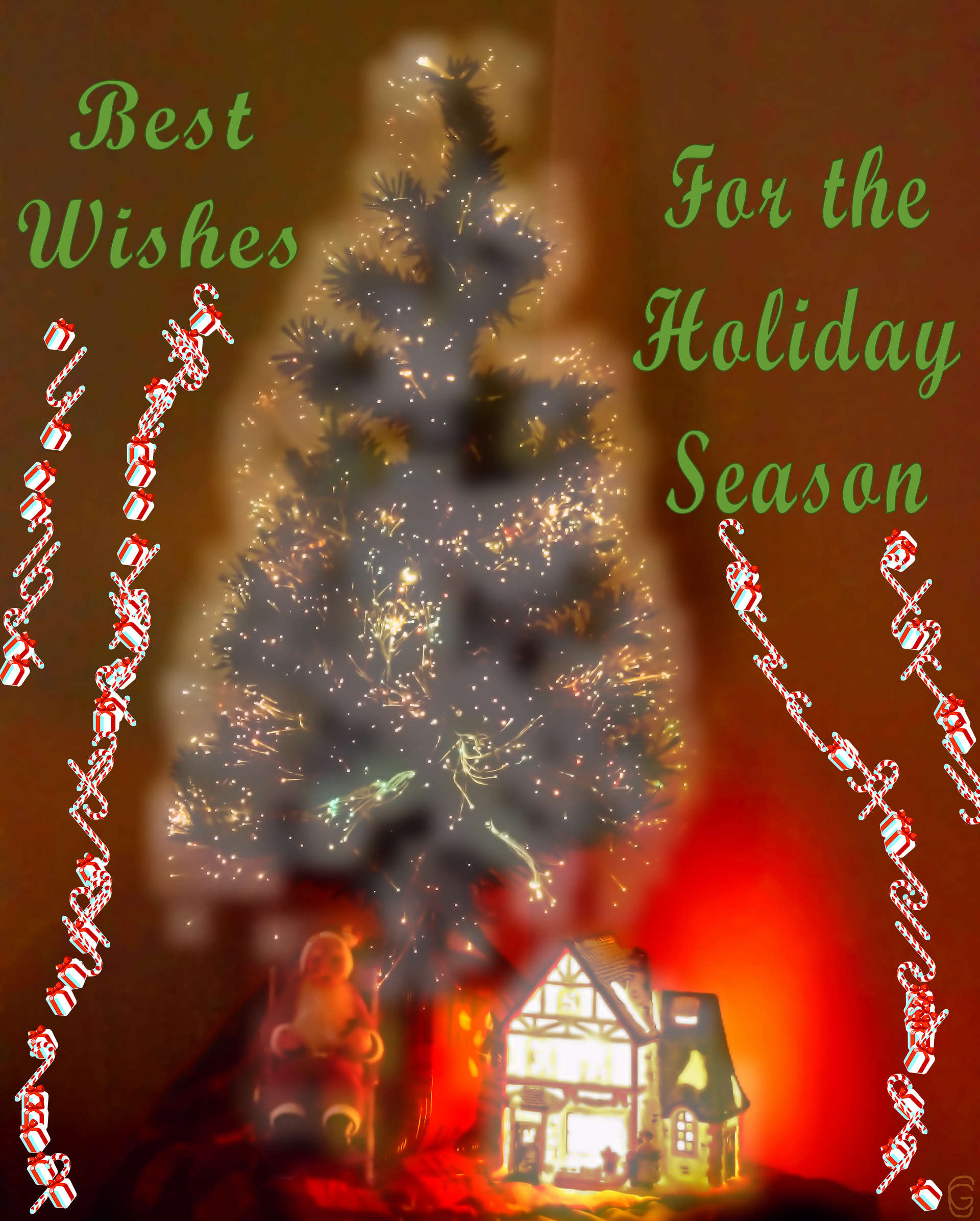 Best wishes for the Holiday Season. 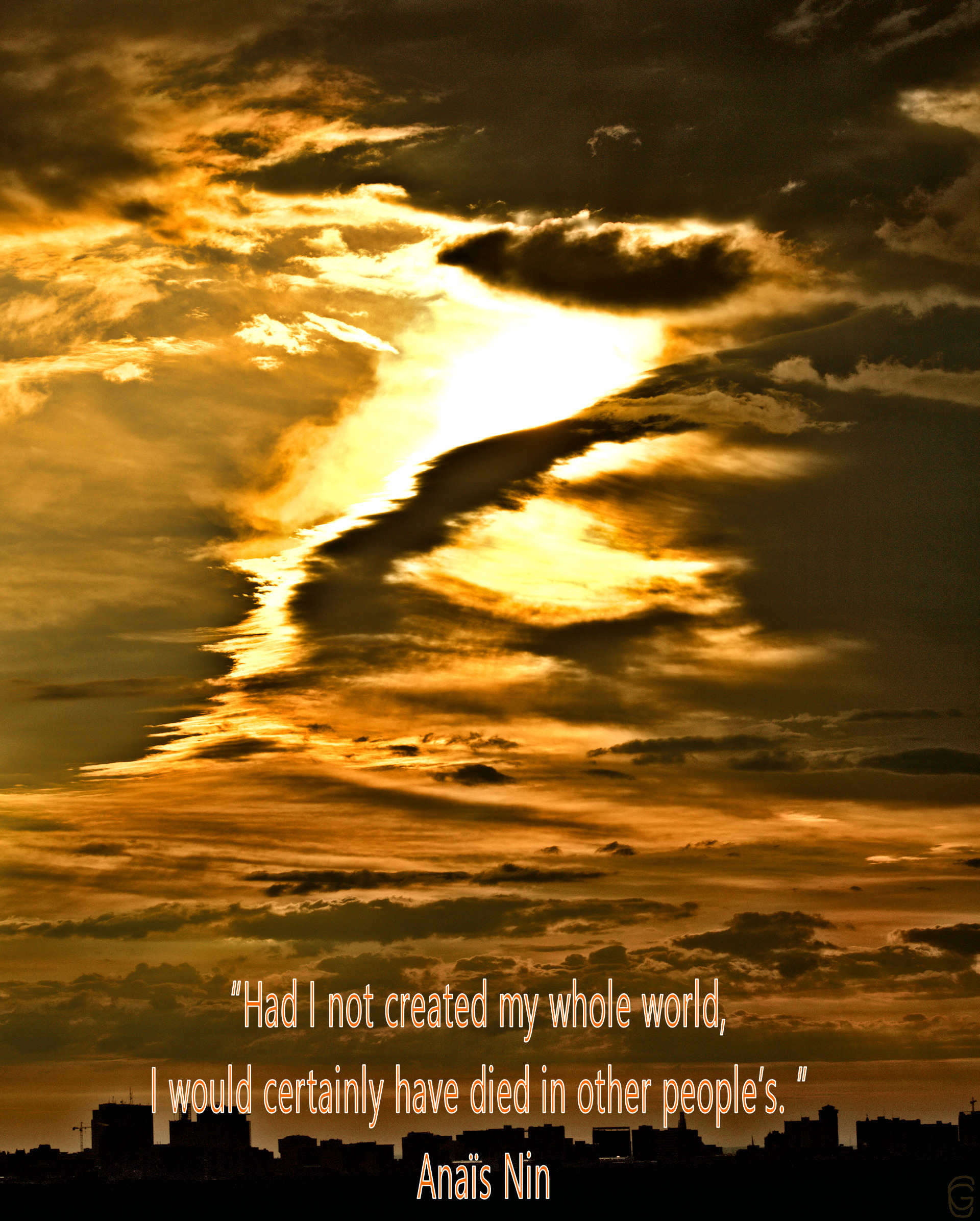 “Had I not created my whole world, I would certainly have died in other people’s. ” Anaïs Nin
I, however, suppose writing to create your own ‘whole’ world is a good way to pay heed to Anaïs Nin’s thought. 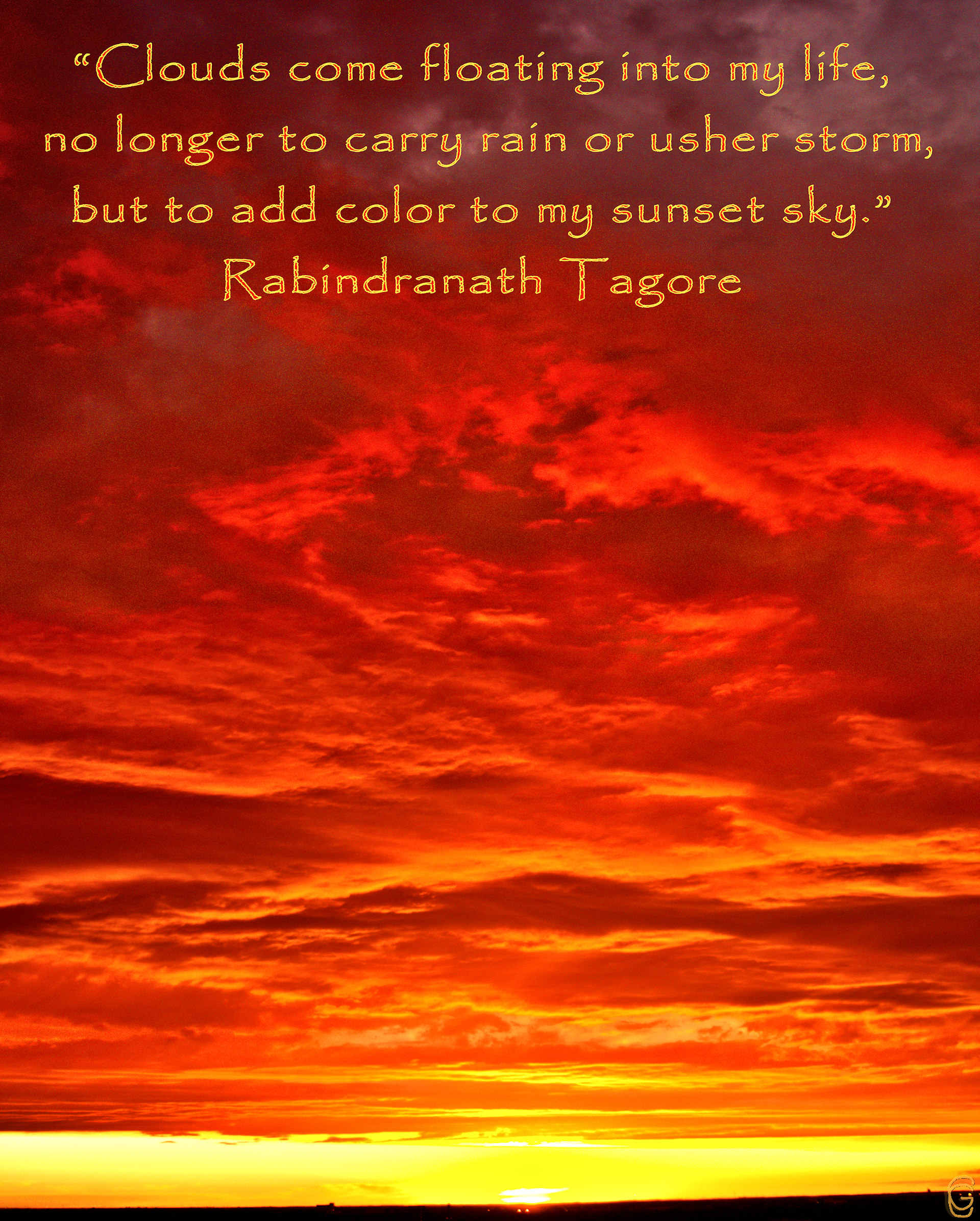 “Clouds come floating into my life, no longer to carry rain or usher storm, but to add color to my sunset sky.” Rabindranath Tagore.
These clouds added the colour at sunset so I’ll ignore the actual storm that came later and try to continue doing so in the context that Tagore meant. 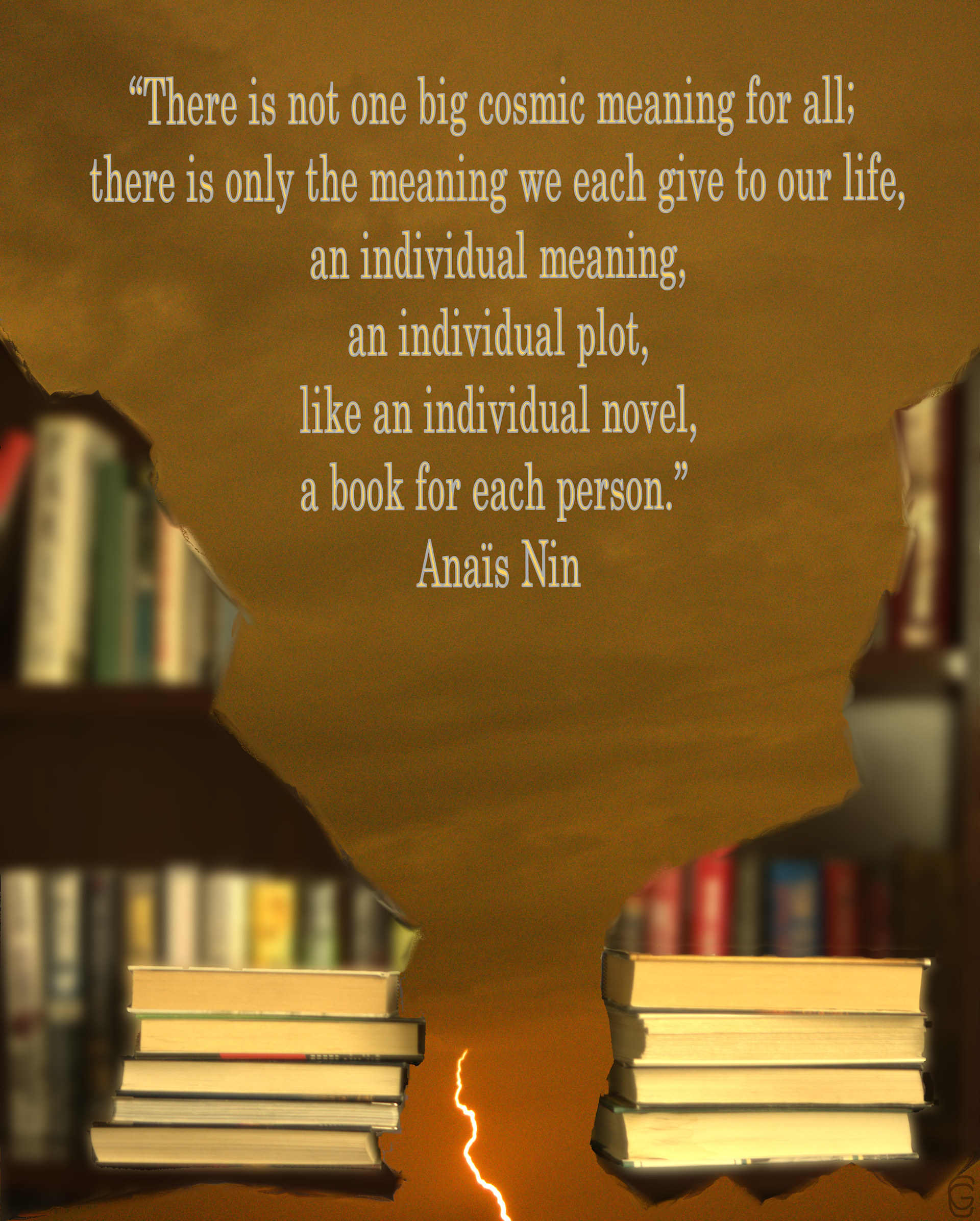 Anaïs Nin was still hanging around this week. In fact, it looks like some of her ‘cosmic meaning’ ripped through my bookshelves exposing nine of the more focused individuals. But it begs the question; what’s behind your bookshelves? Those other worlds books take you to … where are they when the book is on the bookshelf? Hmm? 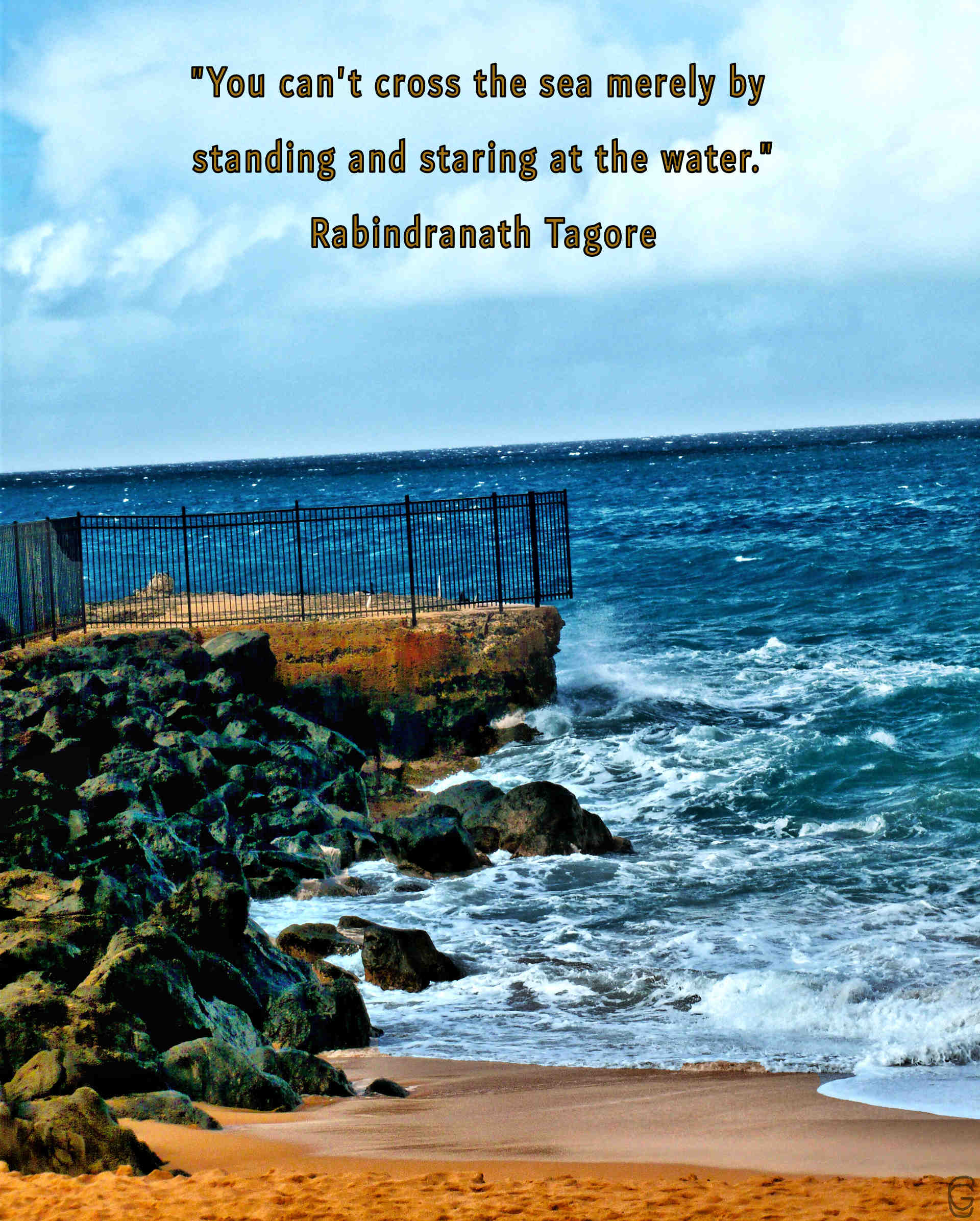 Orange sunset also with a quote

Split bookshelf also with a quote

Clouds over city also with a quote