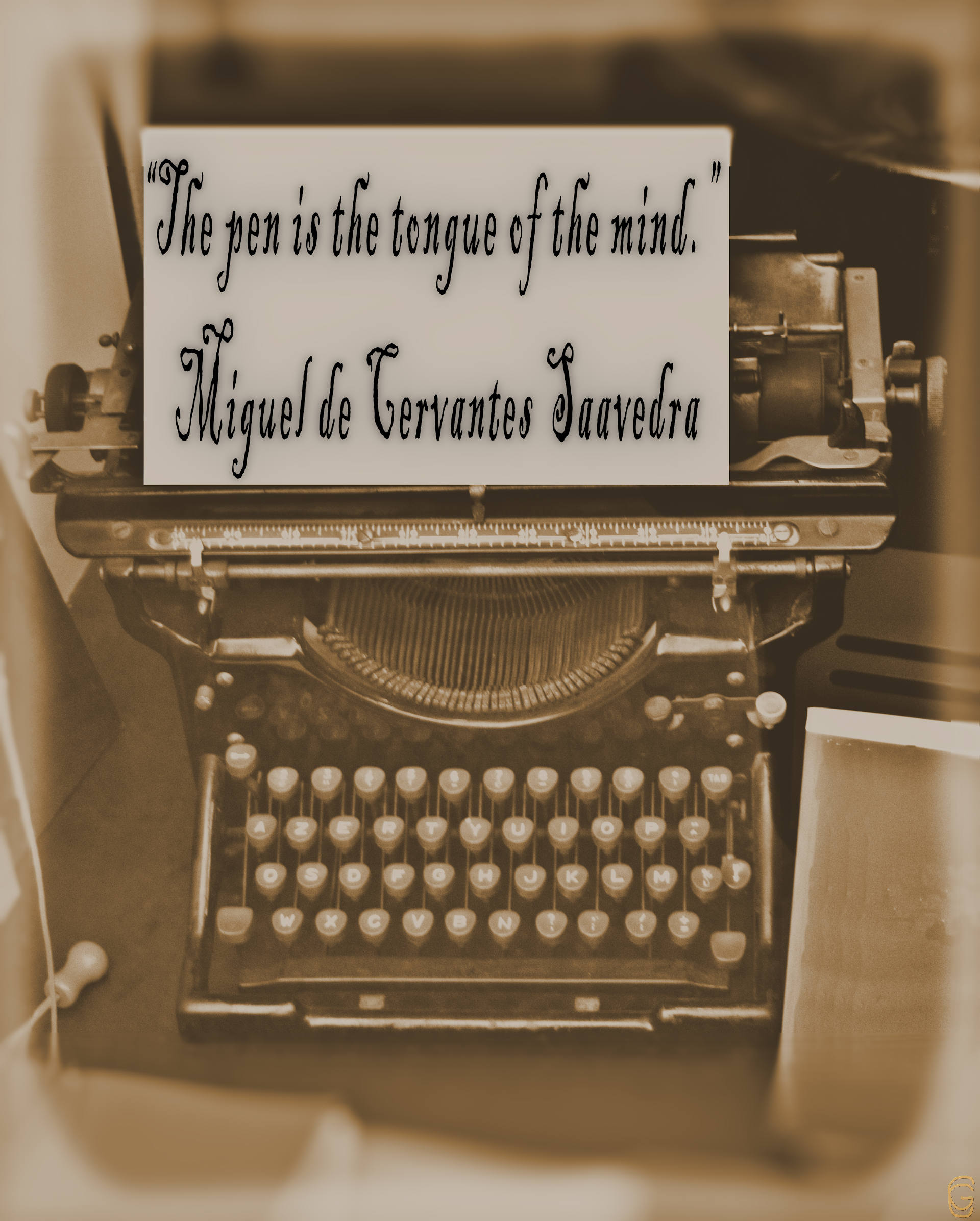 “The pen is the tongue of the mind.” Miguel de Cervantes Saavedra
Well, probably that would be the keyboard these days, but pen still sounds better. 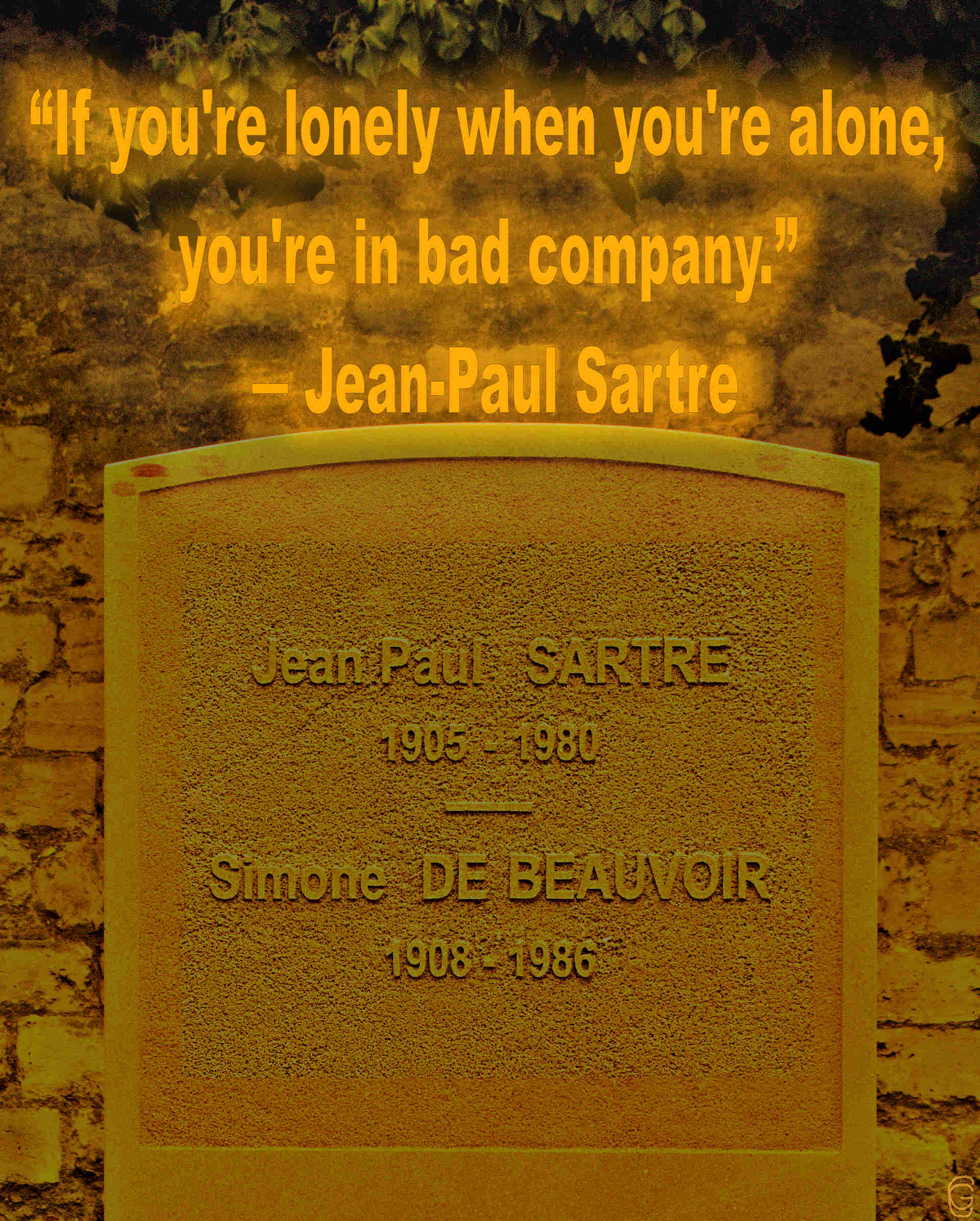 “If you’re lonely when you’re alone, you’re in bad company.” Jean-Paul Sartre
As a writer, when writing (alone), I don’t want to be in ‘bad company.’ Fortunately I never feel lonely when alone. Perhaps a writer is never really alone when we’re alone. And, maybe, an existentialist writer like Jean Paul Sartre knew it. 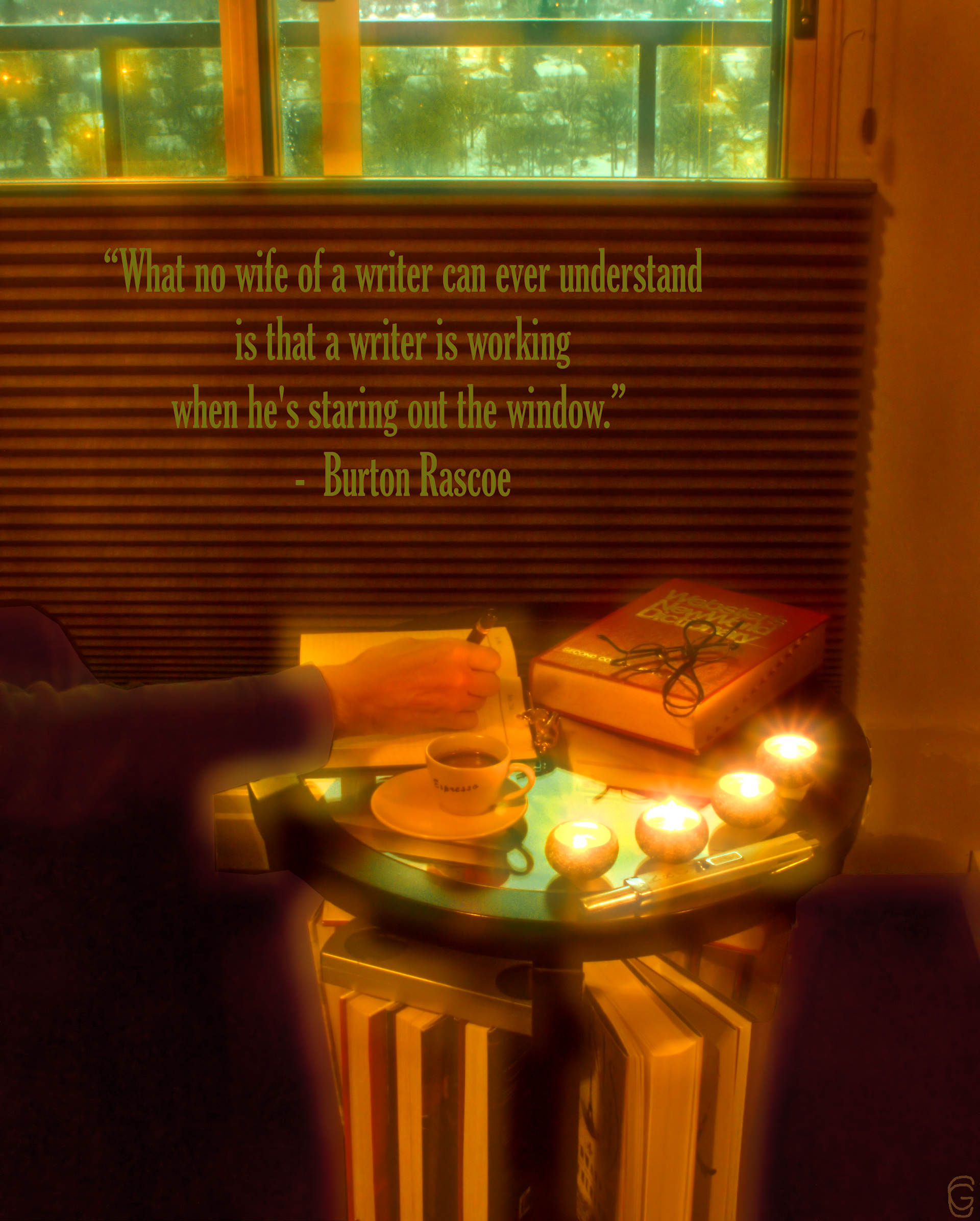 “What no wife of a writer can ever understand is that a writer is working when he’s staring out the window.” Burton Rascoe
Probably valid, however, for any significant other. But we are working … really. 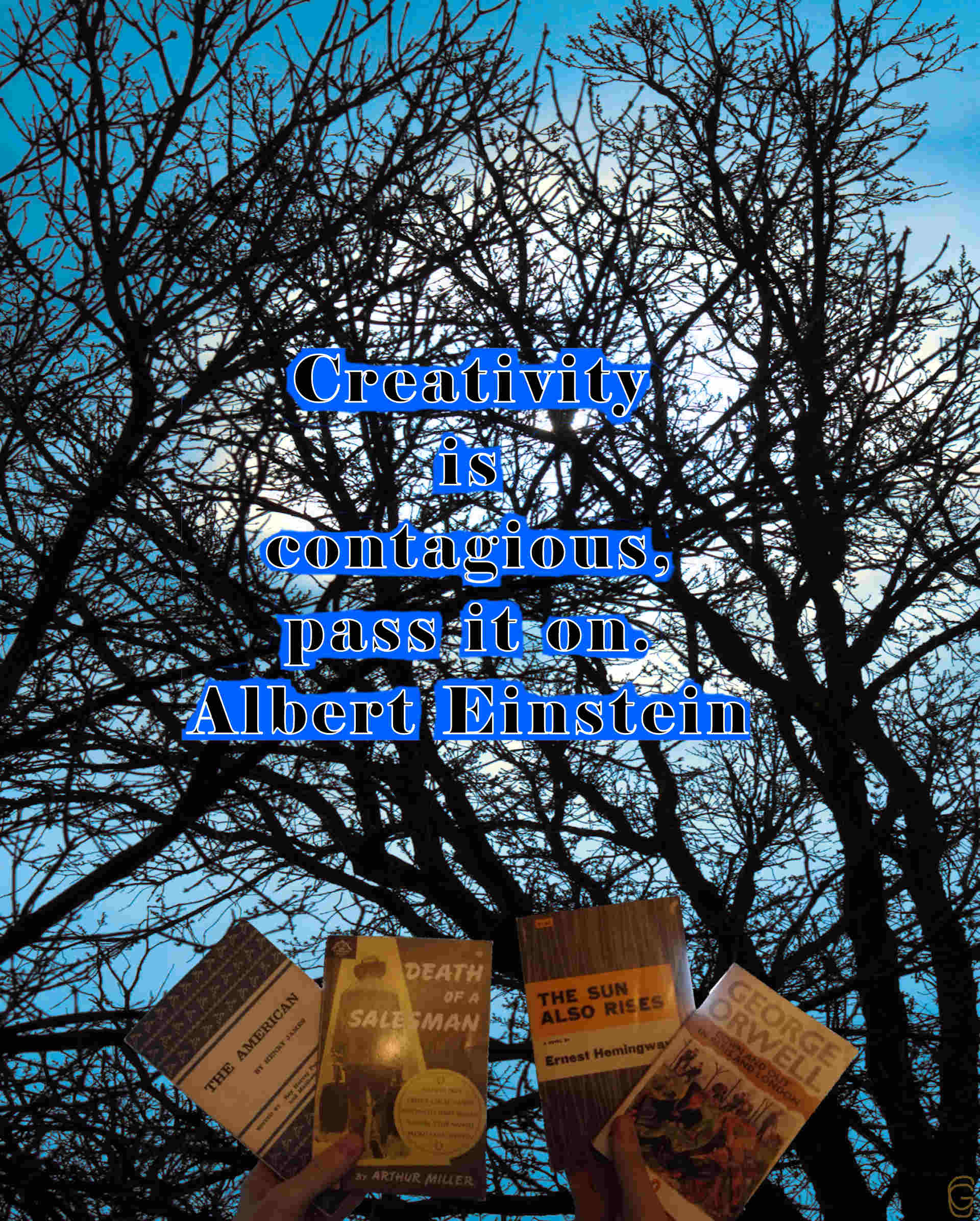 “Creativity is contagious, pass it on.” Albert Einstein
I had these books with me when I looked up into the trees. Of course I always just walk around with these classics because you never know when I might need them for some inspiration. Here’s hoping, however, some literary creativity gets passed on to me through them. 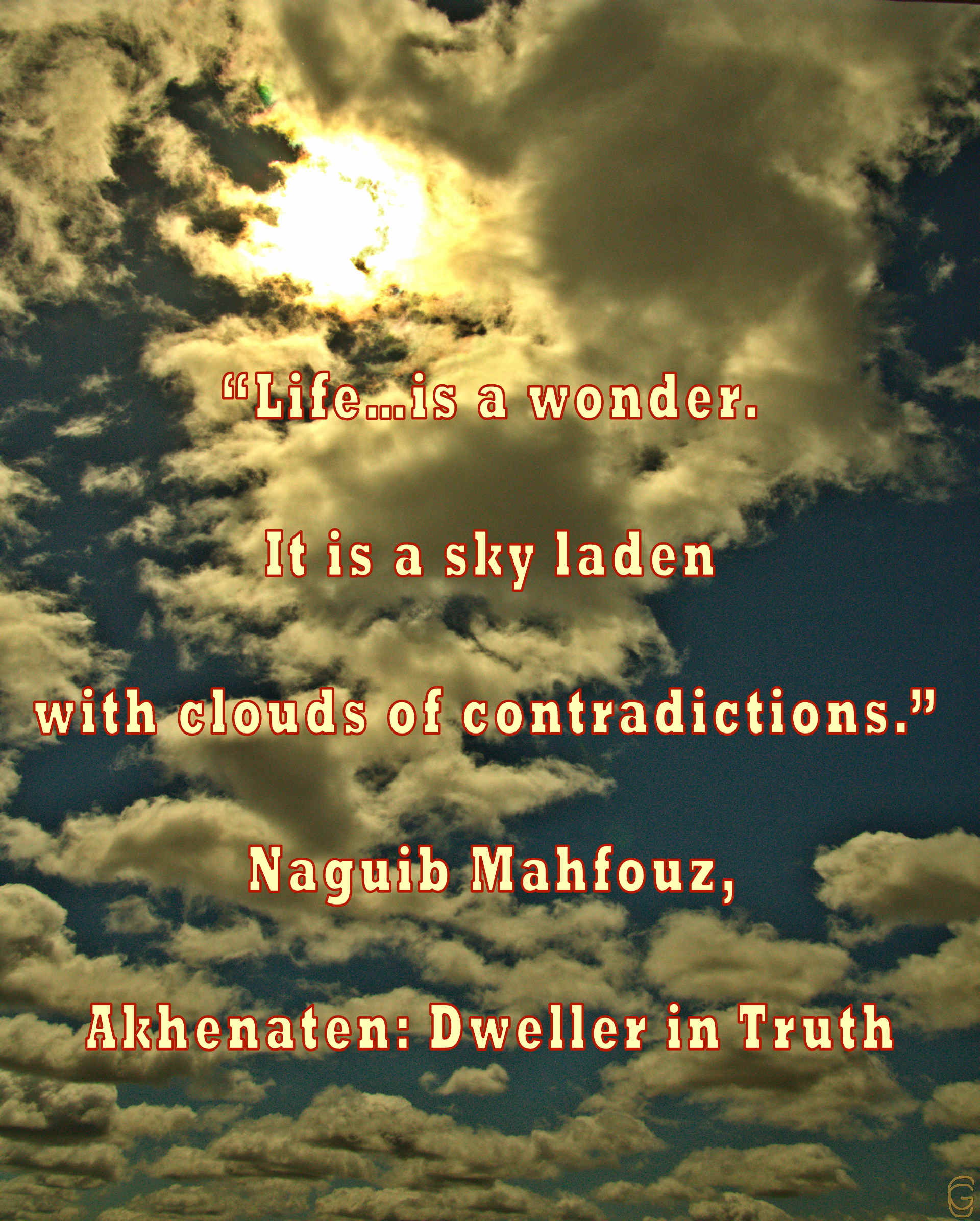 “Life … is a wonder. It is a sky laden with clouds of contradictions.” Naguib Mahfouz, Akhenaten: Dweller in Truth.
I think a former Nobel Prize for Literature winner would know. So, it would seem, there are a few contradictions in this sky.