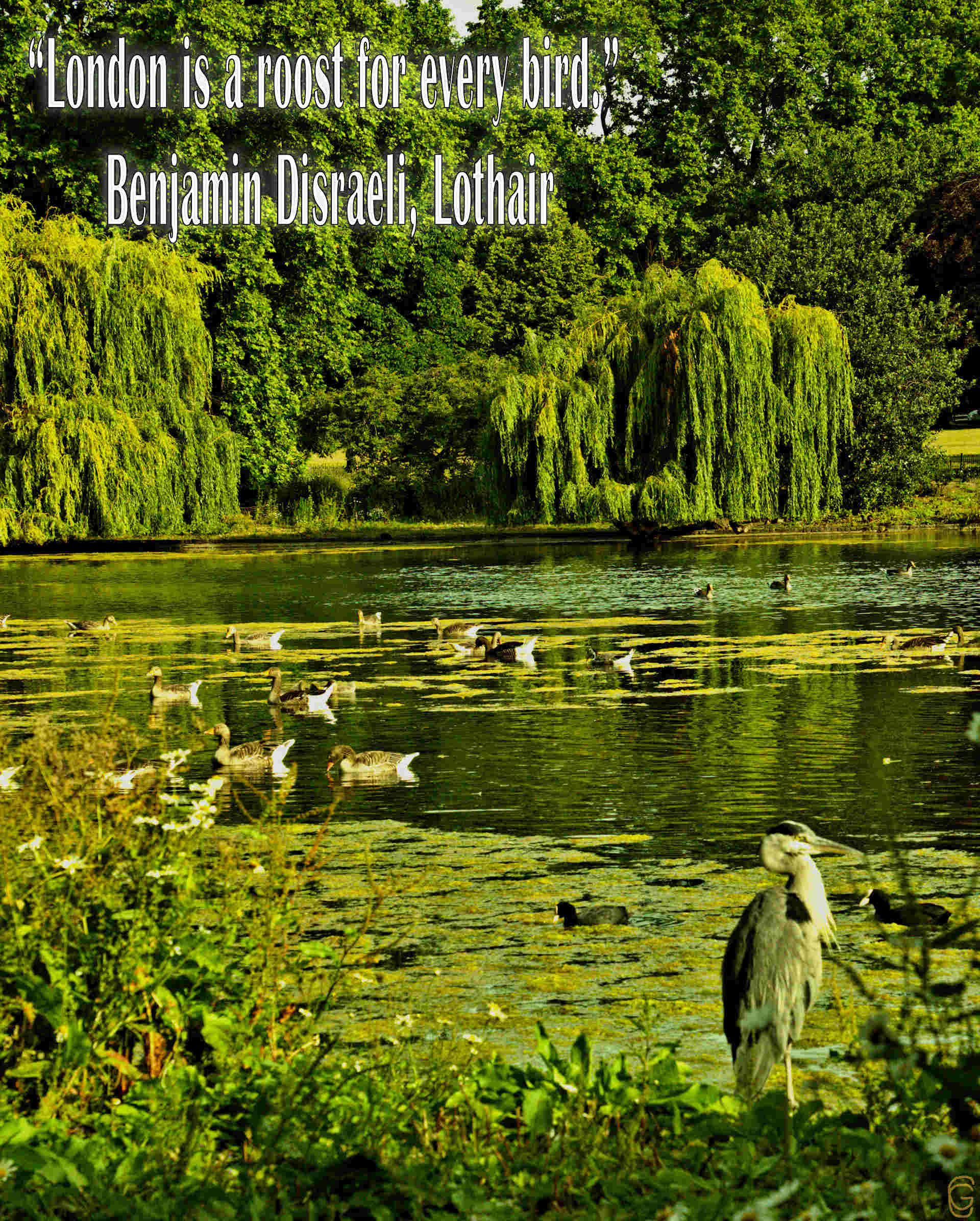 “London is a roost for every bird.” Benjamin Disraeli, Lothair. Apparently so, and a walk through St. James Park will provide the evidence. What I didn’t know, however, was that Benjamin Disraeli, known as a politician and two time Prime Minister of the United Kingdom, was also a novelist. Lothair, which is one of many books he wrote, is described as philosophical fiction. 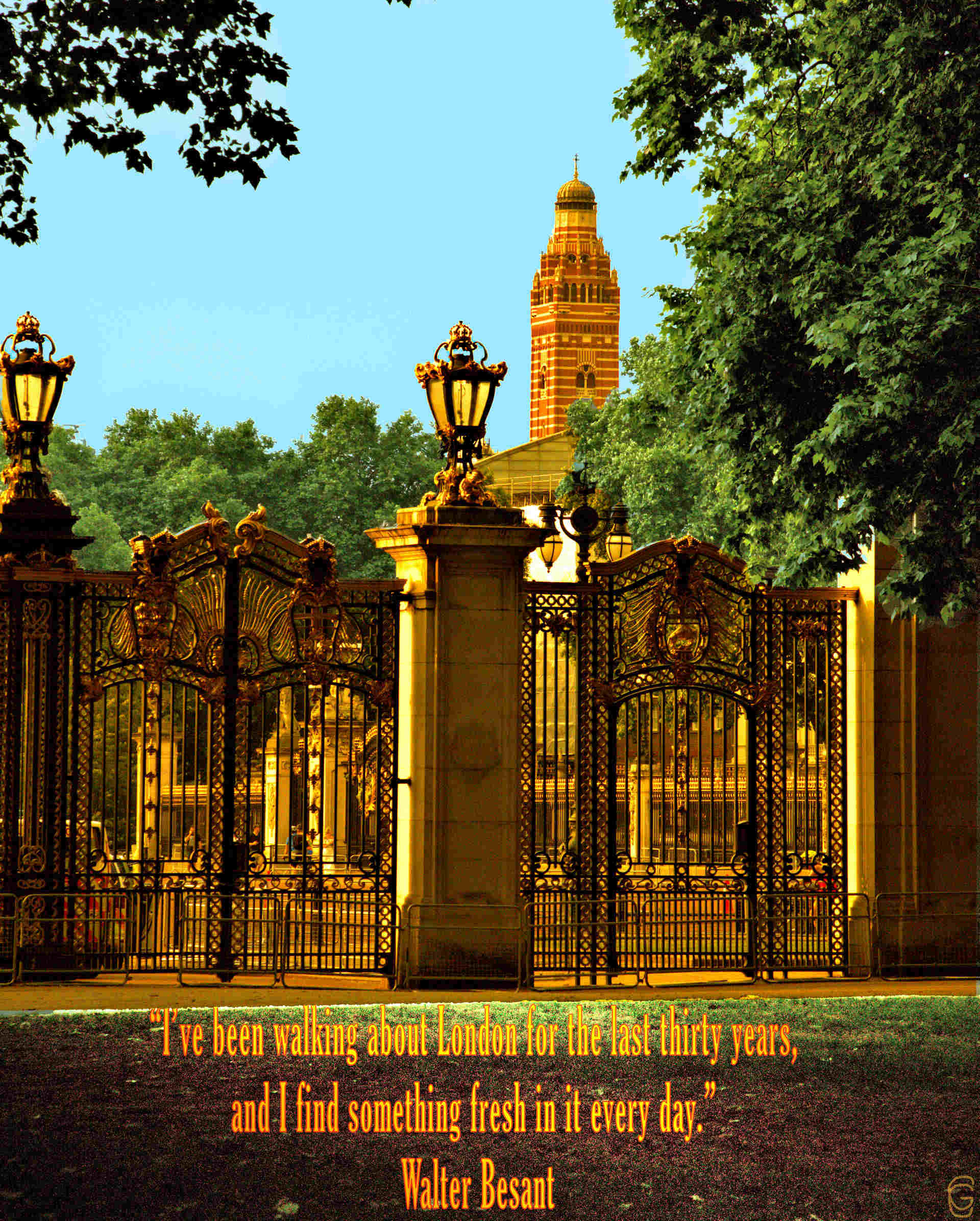 “I’ve been walking about London for the last thirty years, and I find something fresh in it every day,” Walter Besant. Well, unfortunately it hasn’t been 30 years for me but quite a few vacations and I have found something, if not fresh, certainly interesting every day. I think that would be the case here, walking out of Green Park. Also certainly interesting for a writer is that Walter Besant, a fiction and history writer himself, was one of the founders and first chair of the Society of Authors in 1884. He was someone looking after writer’s rights, even back then and gave me the opportunity to use the phrase, writer’s rights.

“London’s like a forest… we shall be lost in it,” Mary Elizabeth Braddon. Well, there are enough parks, with nice pathways through the “forest,” such as this one in Green Park, but I think I know what M. E. Braddon was eluding to. And why did I use M. E.? Well, apparently she was yet another female author who felt the need to use a gender neutral pen name. Another gender neutral pen name from around that era was Currer Bell. If Currer Bell doesn’t ring a bell, perhaps the real name, Charlotte Brontë, might. 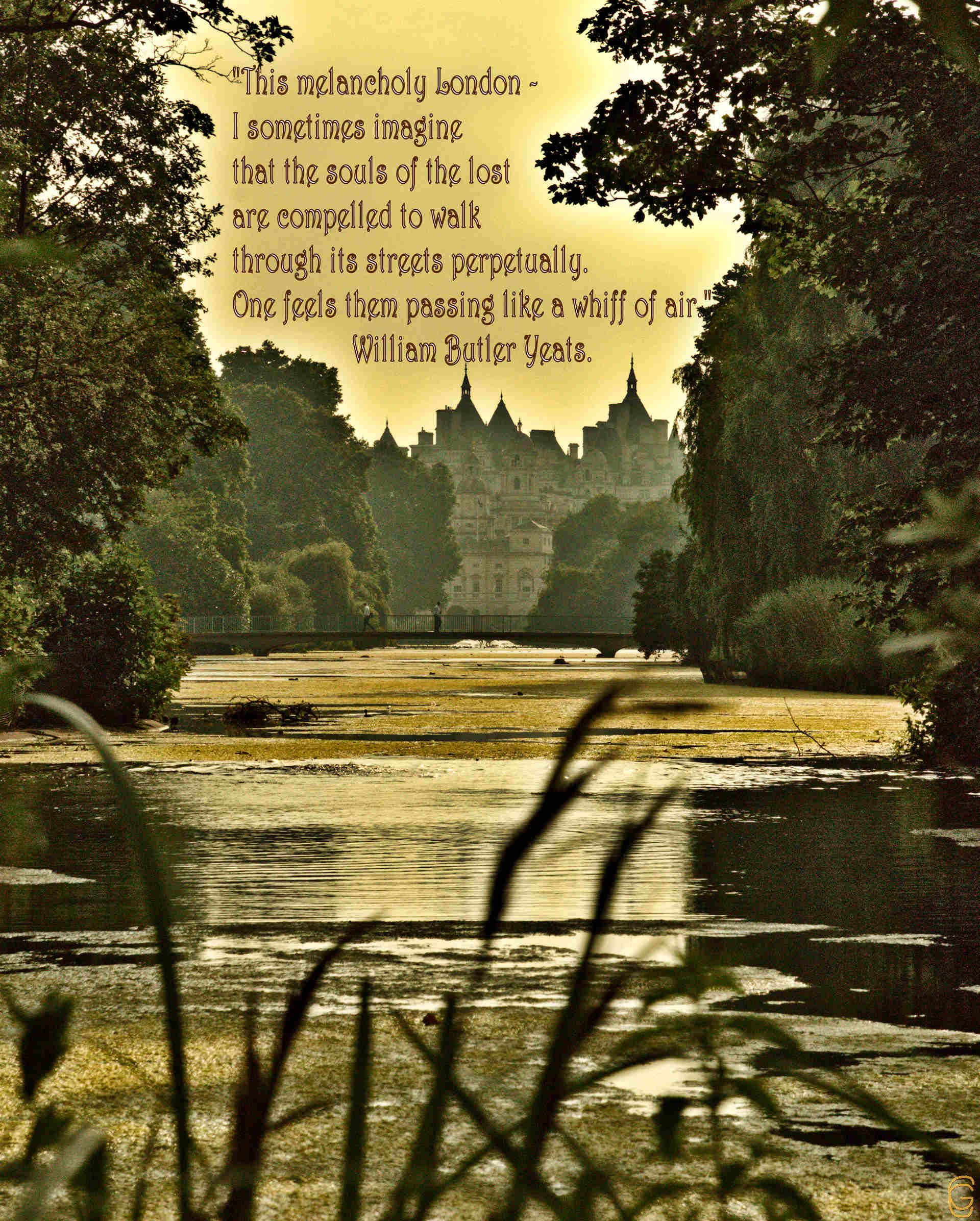 “This melancholy London – I sometimes imagine that the souls of the lost are compelled to walk through its streets perpetually. One feels them passing like a whiff of air.” – William Butler Yeats. Not the streets here but on this melancholy London morning, I’m sure some of those souls were crossing that bridge in St. James Park. Yeats, although an Irish man, would know because he spent enough time in London. 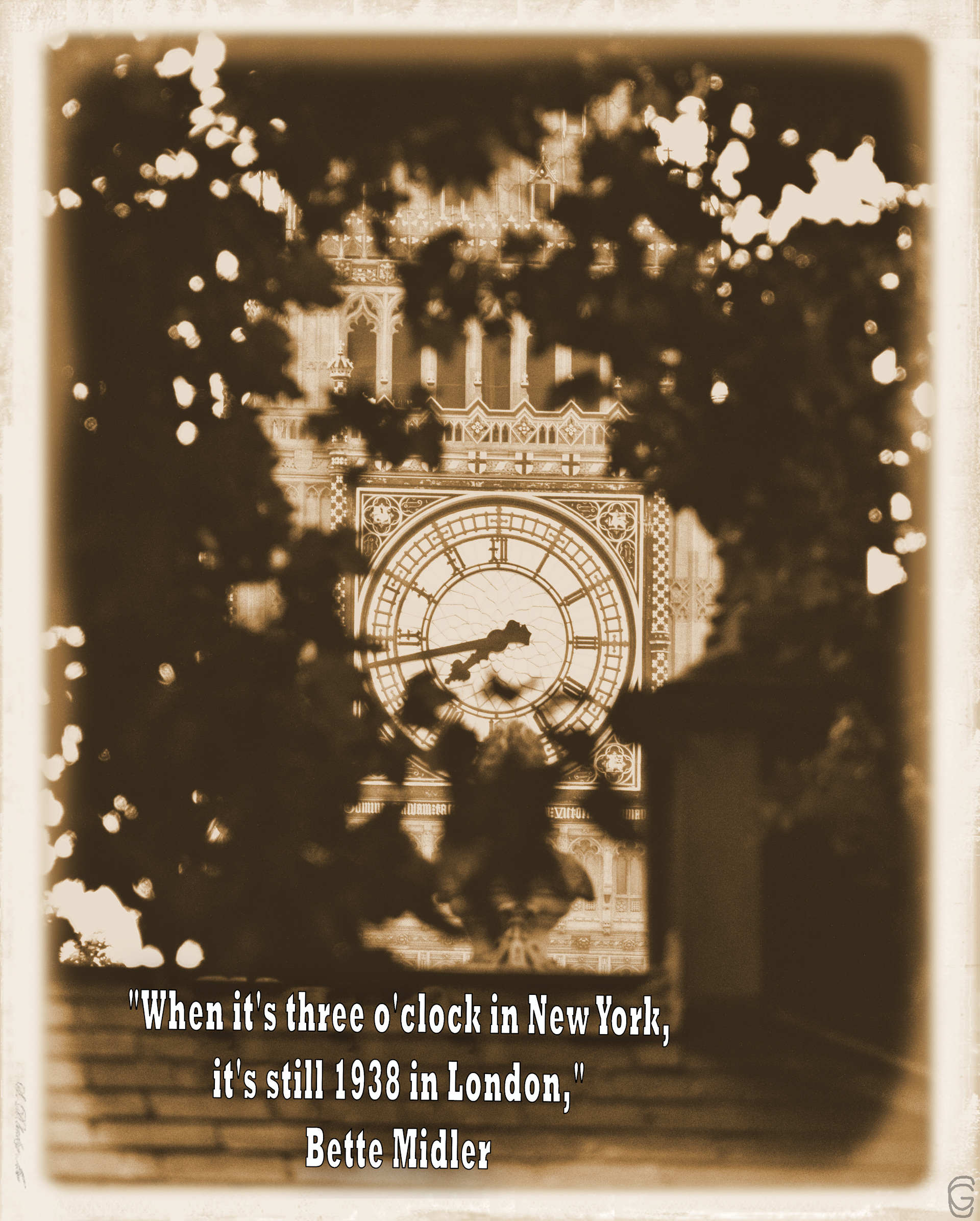 “When it’s three o’clock in New York, it’s still 1938 in London,” Bette Midler – It would seem so but actually, if this wasn’t a morning picture, it would be 19:43 in London. Somehow, however, it seemed even earlier than 1938. I must have taken this in the mid to later 1800’s, when this ‘Clock Tower,’ sometimes referred to by the name of the biggest bell in the tower, Big Ben, was new.