Lisbeth Salander book photos for weekly post of October 9th to the 13th by Author Scot Fin. Full size slideshow at the bottom of this post. 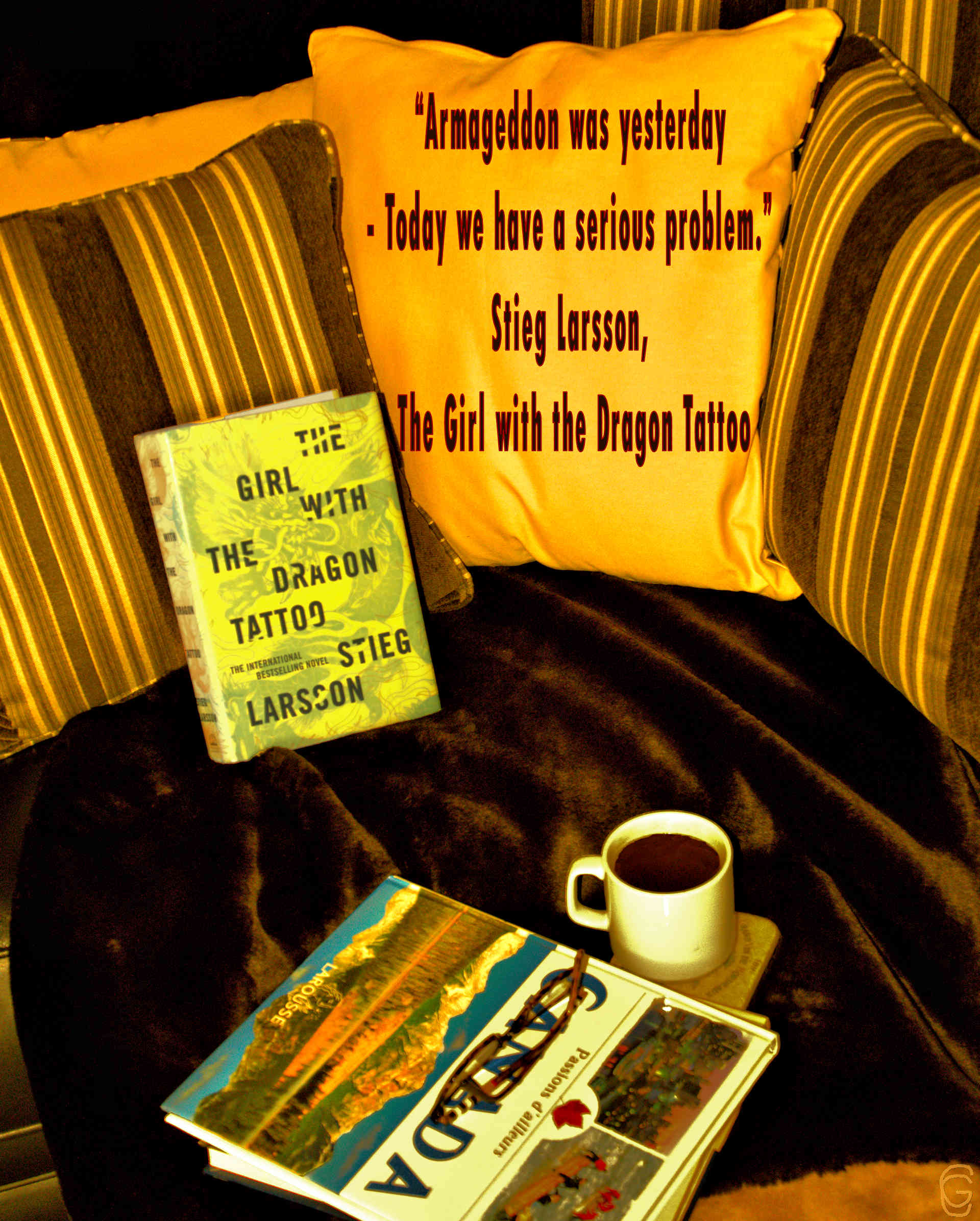 The Girl with the Dragon Tattoo

Yeah, my writing has gone like that over the last couple days as well, so I decided to read a bit more. After “The Girl with the Dragon Tattoo” and the rest of the Millennium trilogy, I’ve decided to give “The Girl in the Spider’s Web” a try. Time to see if Lisbeth Salander is still Lisbeth Salander in David Lagercrantz’s ‘The Girl’ world. First though, I’ll reflect with the beginning of the series (only one I have in a print edition) and a cup of coffee. 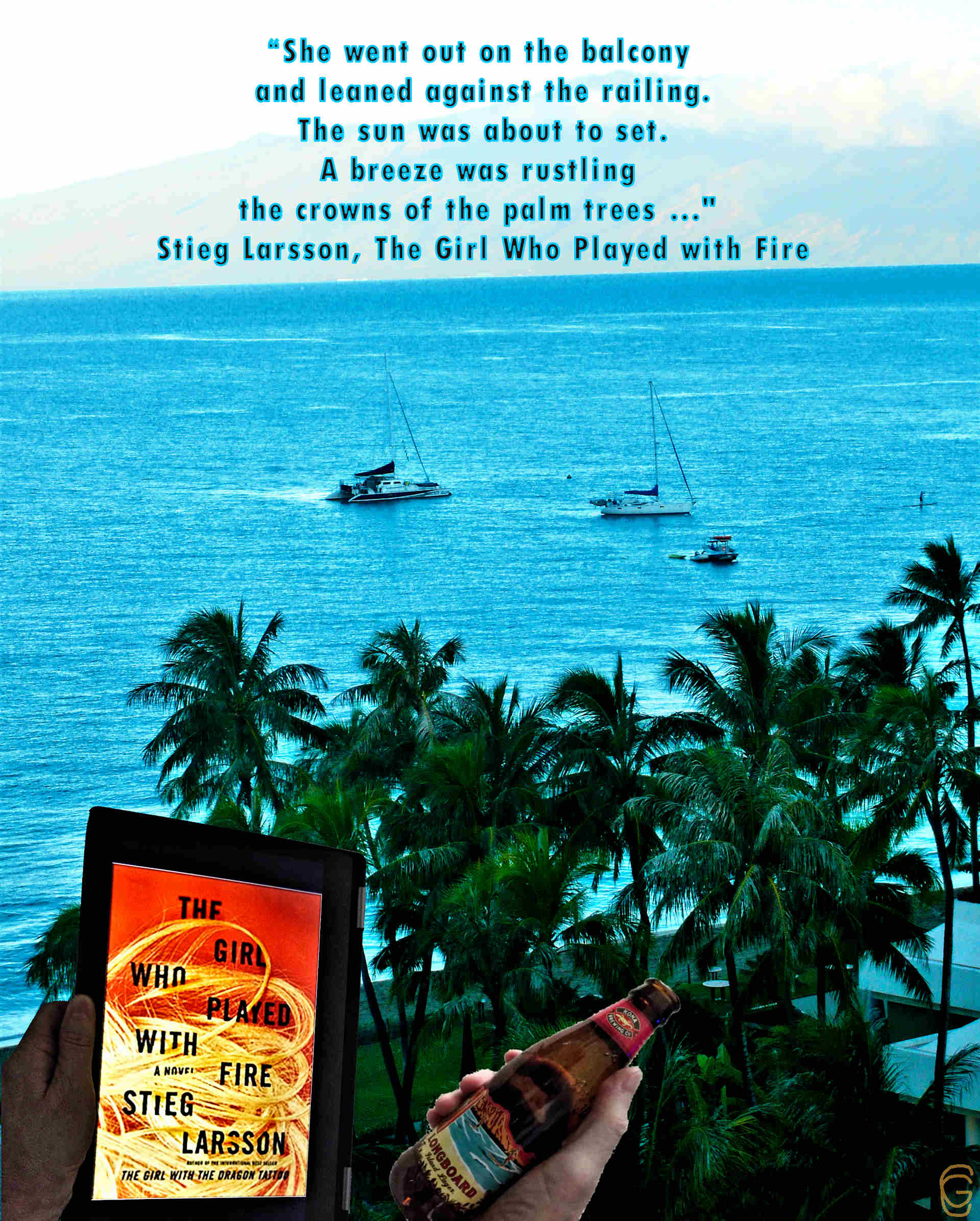 The Girl Who Played With Fire

And she had a beer. Well, I had the beer while the breeze rustled the crowns of these palm trees. I’m sure, however, that Lisbeth Salander wouldn’t mind me having a beer while reading “The Girl Who Played with Fire.” She had her island break in this book, so I thought I’d take her along on my Maui island break (don’t tell my wife). I found it interesting what Stieg Larsson did here, basically Lisbeth’s island break became a short story to start the second novel of the Millennium trilogy. 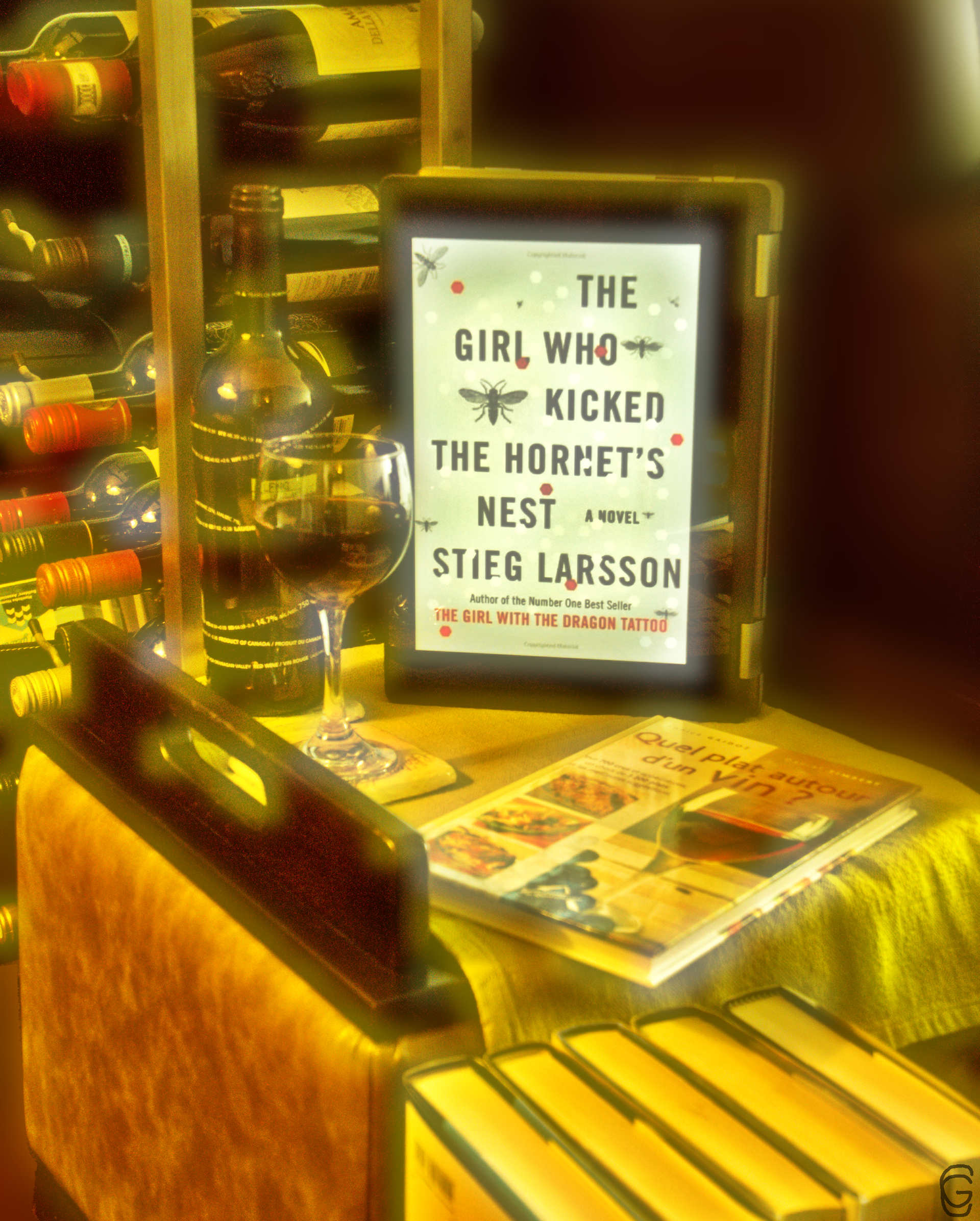 The Girl Who Kicked the Hornet’s Nest

So, I’ve taken the Millennium trilogy through coffee and beer. I think for wine Wednesday, wine would be appropriate for the last of the series. But is it a trilogy? I like to think of “The Girl Who Kicked the Hornet’s Nest” as book 2B with “The Girl Who Played with Fire” as 2A given what I see as a more direct continuation of Lisbeth Salander’s story. No matter; the three are up there with my favourites. 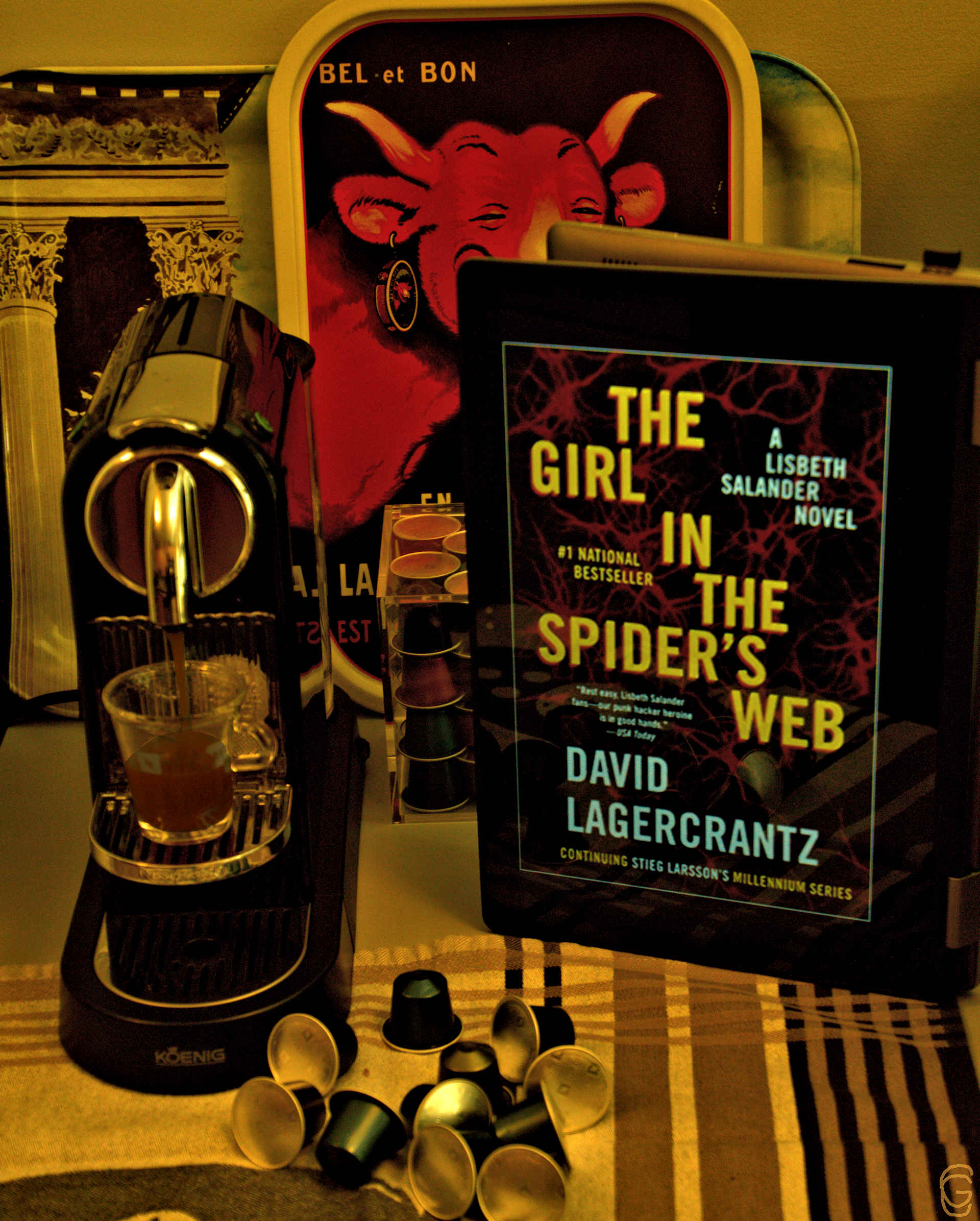 The Girl in the Spider’s Web

As I mentioned earlier in the week, I’m starting the post Stieg Larsson era of the Lisbeth Salander books. I’ve got plenty of strong coffee lined up to make sure I’m on top of this David Lagercrantz’s continuation, “The Girl in the Spider’s Web”. Hopefully there is no more sad news about this story. I noticed, beyond Stieg Larsson’s way too early passing, that the Swedish actor, Michael Nyqvist who played Mikael Blomkvist in the movies, also sadly passed away this year at the age of 56. 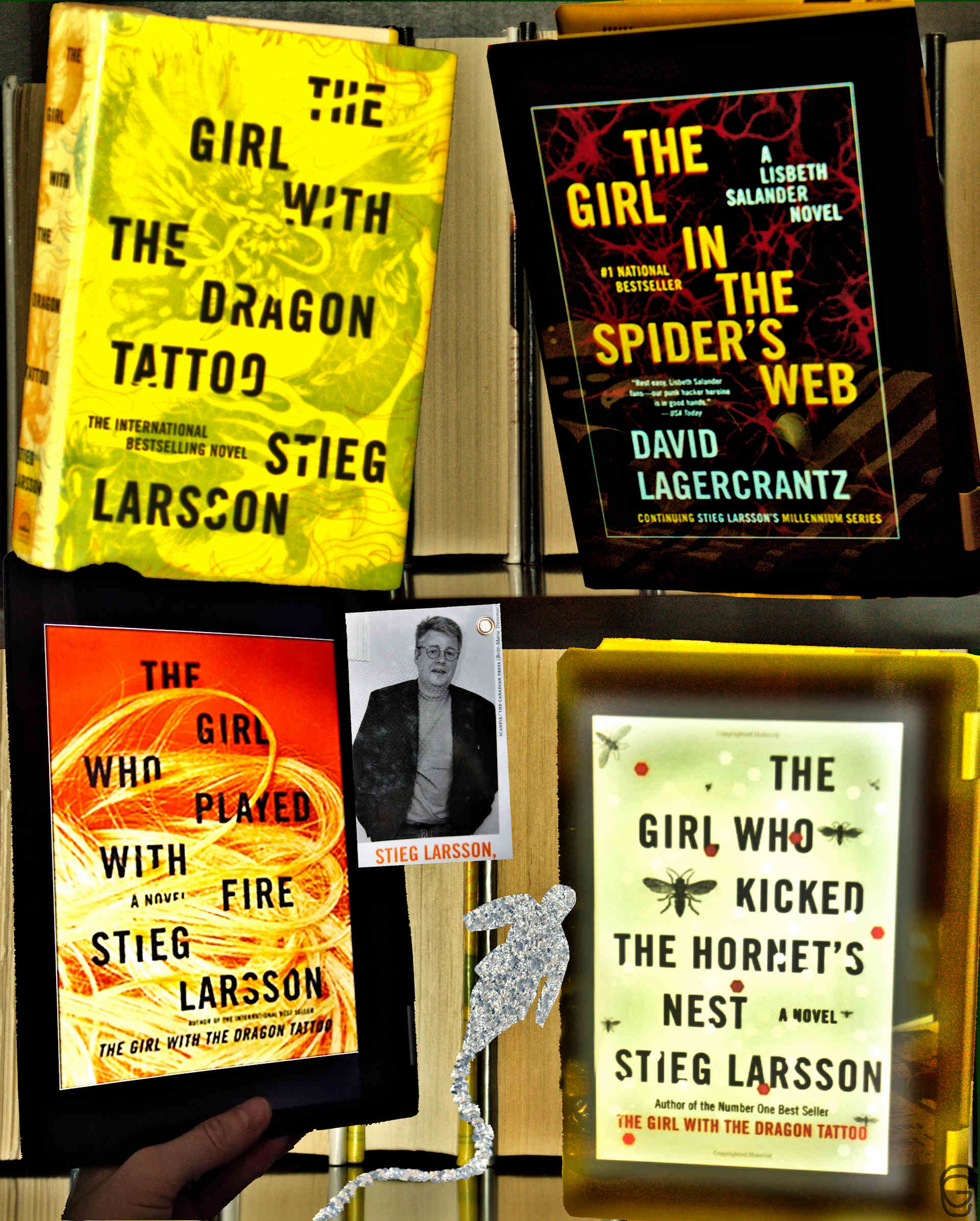 Yes, definitely different genres between what I write and what I read. Good to see Ralph making a visit here though. Hopefully he is picking up some pointers.