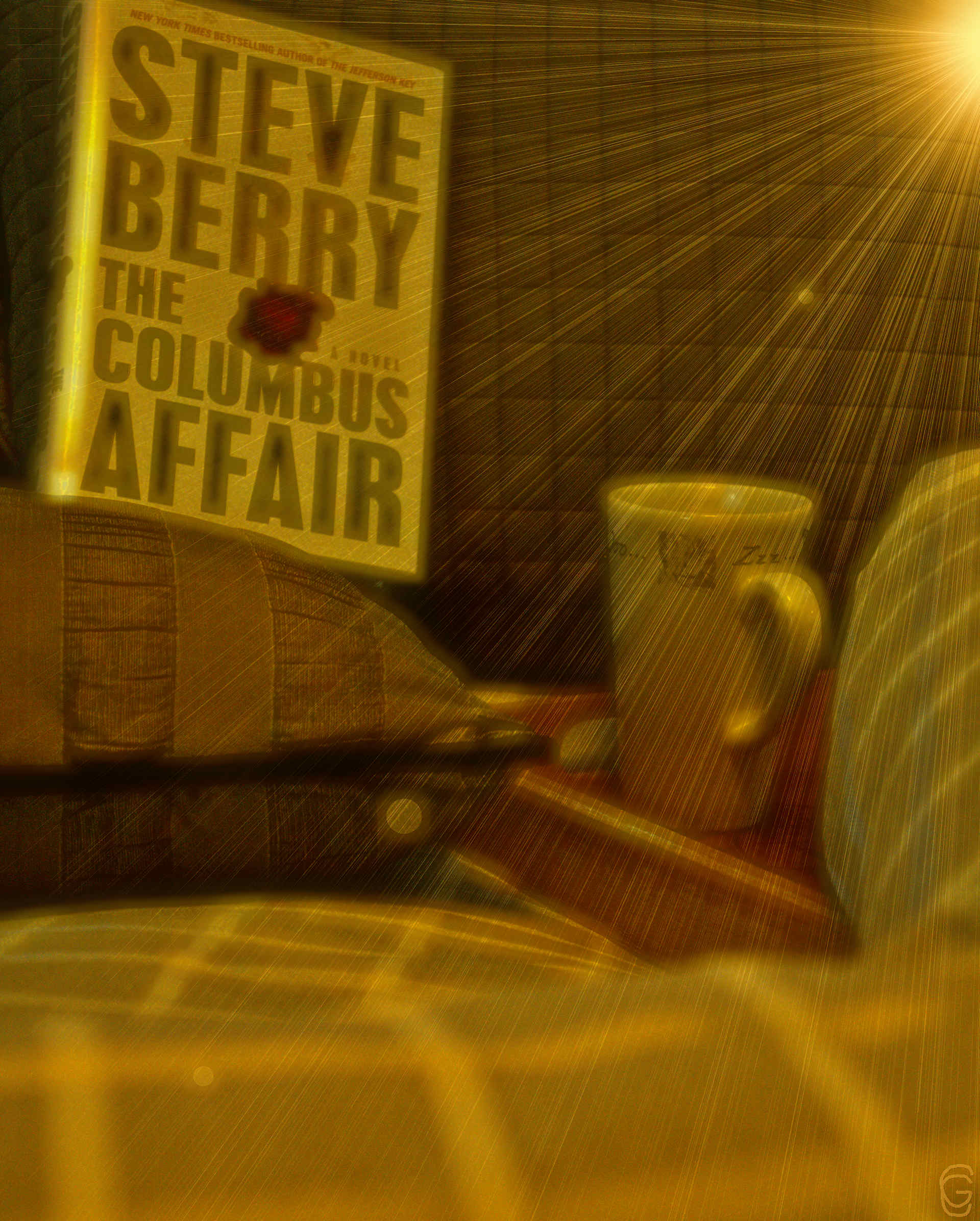 While Steve Berry writes a series that I read, this is a stand alone. Either way, however, one of the reasons I like his books comes after finishing the book. As historical fiction, he always ends with his Writer’s Notes to separate historical facts from his fiction. I get this little history lesson as an added bonus. For ‘The Columbus Affair,’ beyond facts, he also refers to a legend, an actual legend that associates Columbus with a lost Jamaican gold mine. His fictional story revolves around this gold mine but, needless to say, I’m now planning a Jamaican trip since it seems that gold mine is out there just waiting for me. 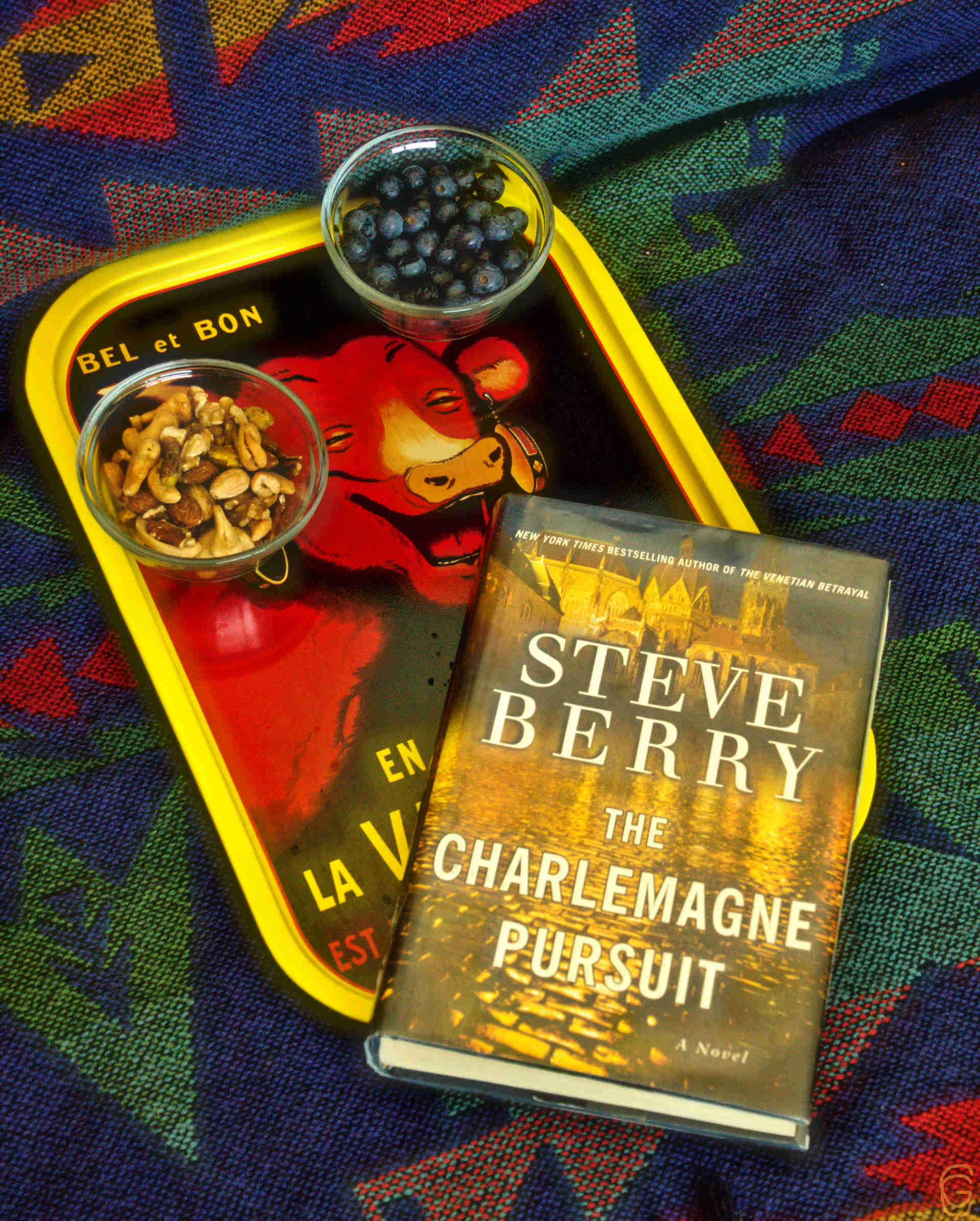 Someone else seems quite happy with this Steve Berry novel, an earlier one in the series I previously referred to. Much of the book takes place in Antarctica and the fact vs book fiction in the ending Writer’s Note says “destructive effects of absolute cold on human bodies are accurately portrayed” in the book. As it still dips into the -40C’s here, unfortunately I can relate. 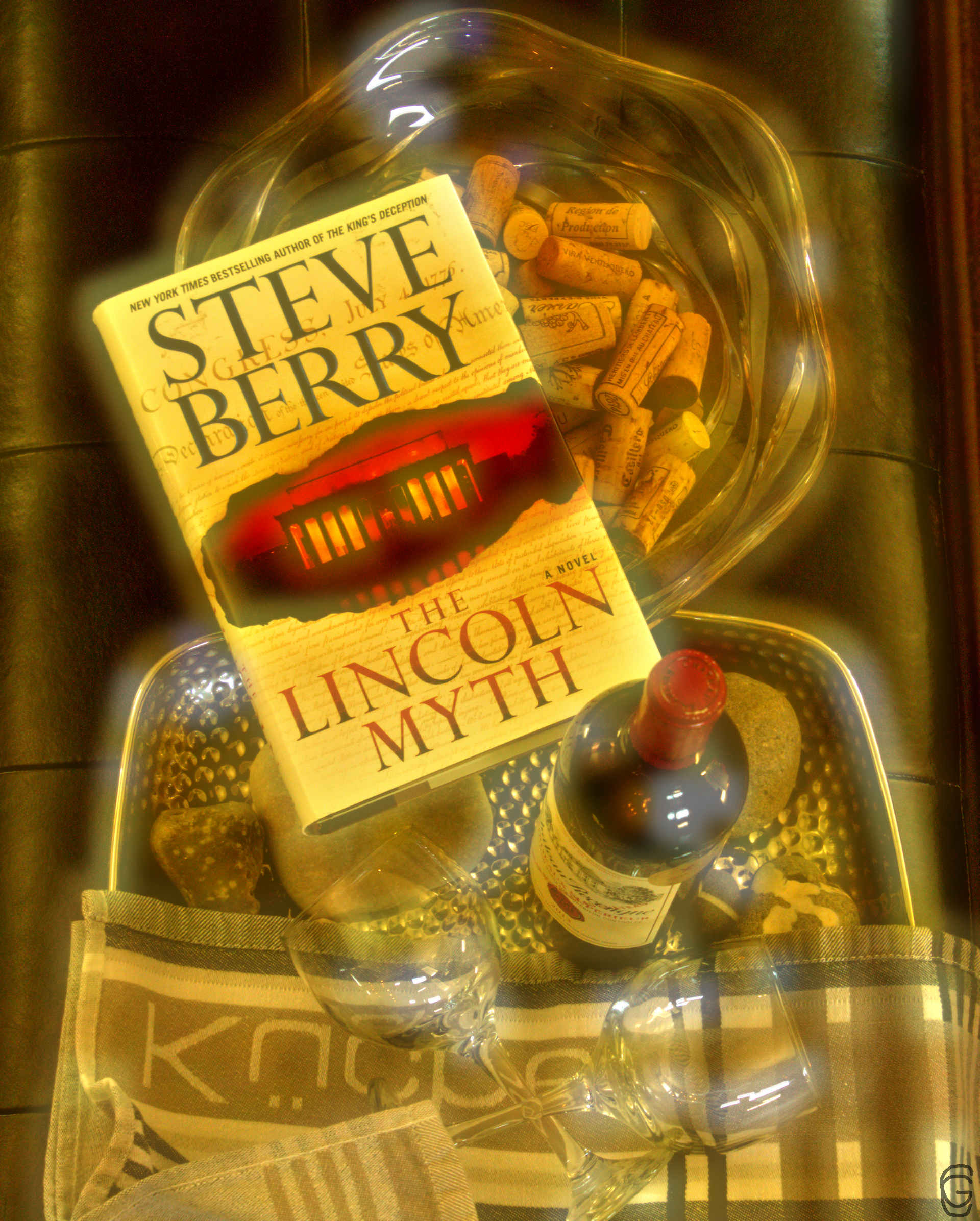 The prologue, and basis, to this book is a September 10, 1861 meeting between a Mrs. Fremont and Abraham Lincoln. Steve Berry’s Writer’s Note explains most of this meeting’s dialogue is based on historical accounts, which may include Lincoln saying, “You are quite a female politician.” I just thought a comment that Abraham Lincoln may have made in 1861 might be appropriate today. I also thought it might be appropriate to serve wine for such a meeting or maybe it is because it’s wine Wednesday. 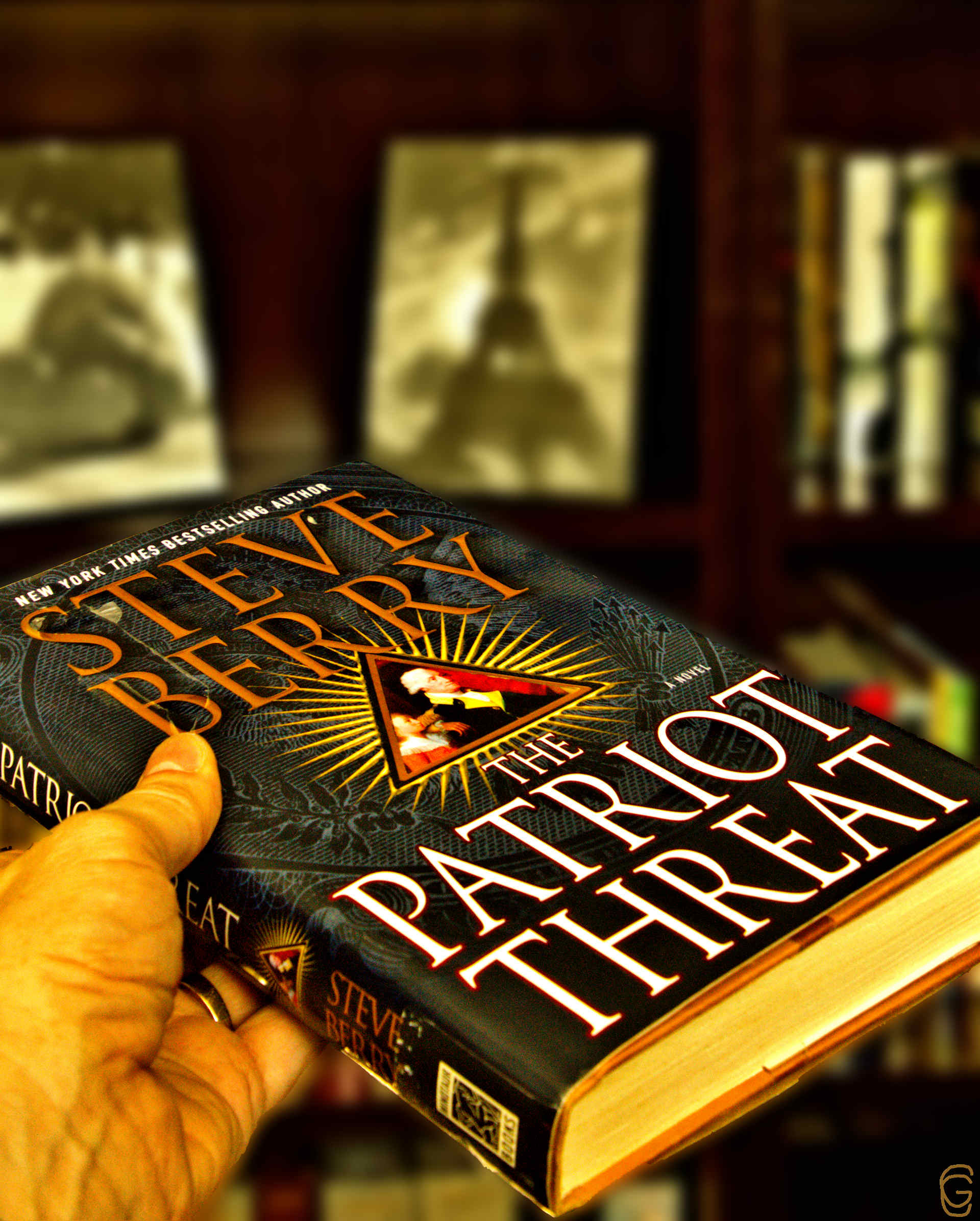 Well, back onto the bookshelves for my latest read in this series. This one, released in 2015, bases a fictional character/villain on North Korea’s Kim Jong-nam. Further, it does use the 2001 factual incident that supposedly caused Kim Jong-nam’s fall from grace, that being a failed trip to Japan’s Disneyland of all things. Being released in 2015, it seems the books fictional Kim brother (bit of a spoiler alert here) predeceased the real one who was assassinated in 2017. It also seems a bit of a coincidence that I picked a book with a North Korean element while, I think I might have heard, there’s been some sort of North Korean news this week. 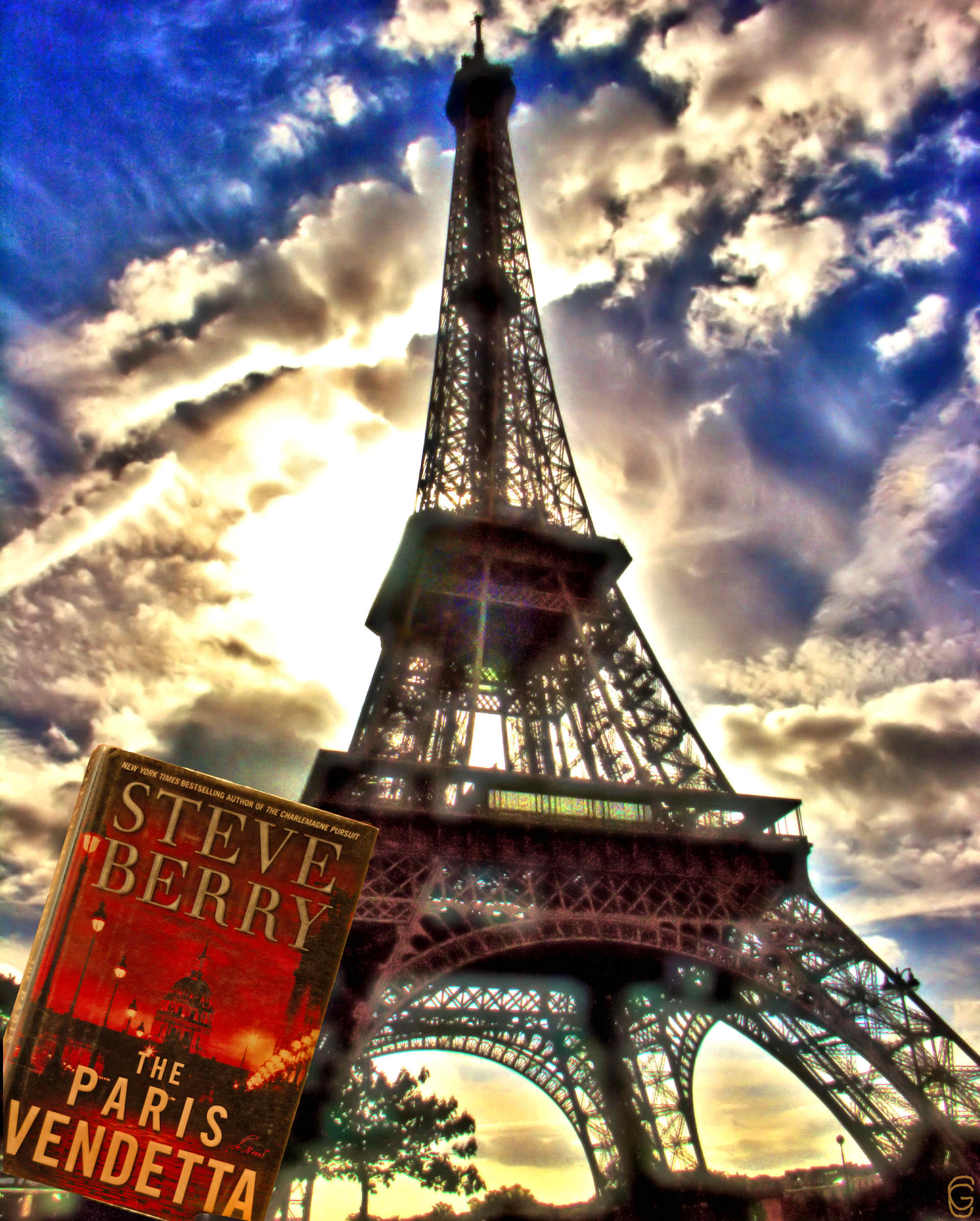 I saw an Eiffel Tower picture in the background of yesterday’s picture. That was from a time I lived just outside Paris and I wondered what I might have been reading back then. Well, not ‘The Paris Vendetta’ since it was written a number of years later. Since Steve Berry mixes fact and fiction, I’m thinking back to the book and trying to remember, is that big old structure still there? Wondering what I’m talking about? You’ll have to read ‘The Paris Vendetta.’