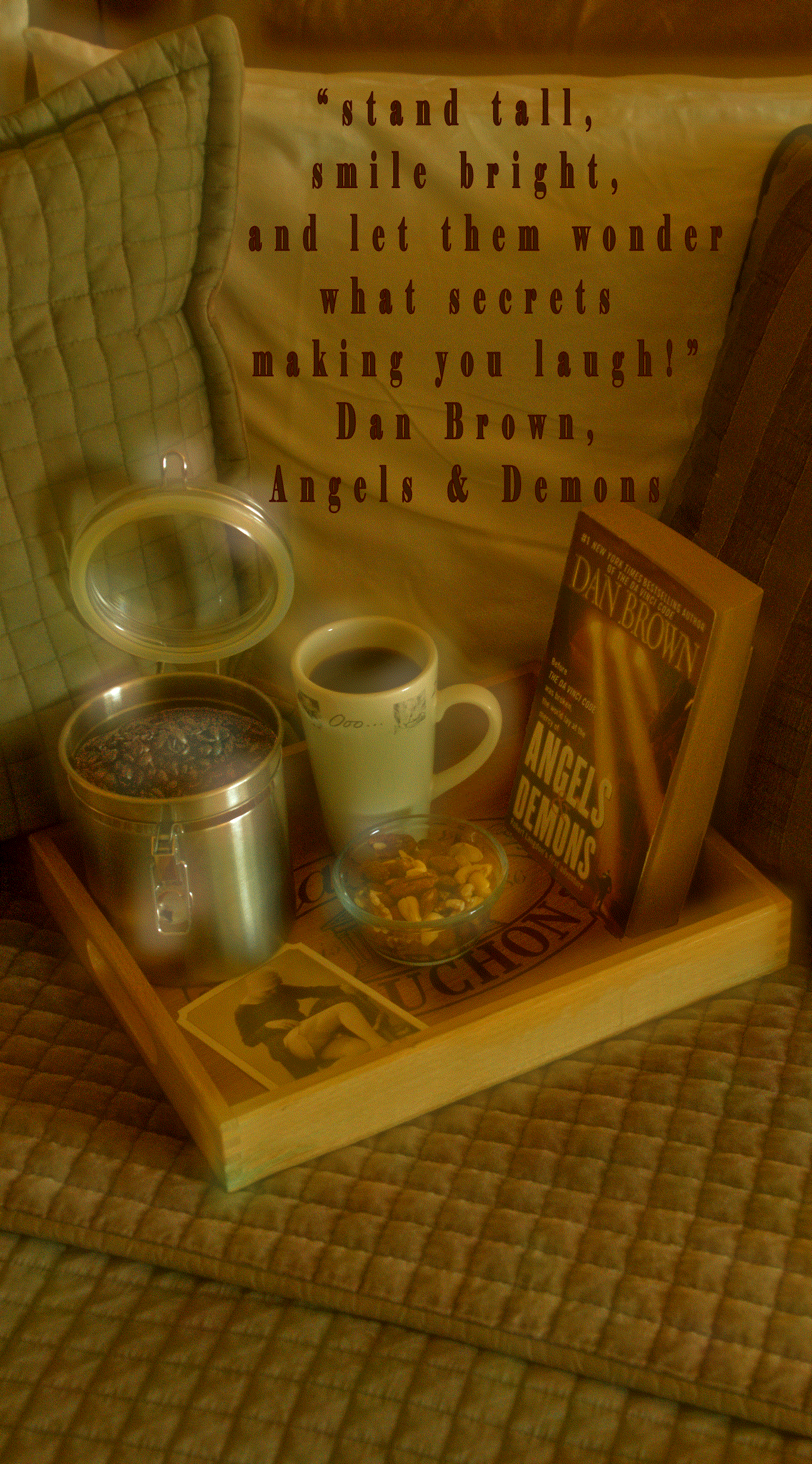 I understand the new Dan Brown, Robert Langdon novel is coming out soon. Don’t know if I’ll have time to reread the series but some coffee might get me started. I like this quote, like to leave them wondering and, yes, that is my bookmark. What can I say, I’m a guy, I need my reading distractions.
“stand tall, smile bright, and let them wonder what secret’s making you laugh!”
― Dan Brown, Angels & Demons

Further to Dan Brown’s next novel in his series coming out soon, it made me think of my last Paris trip. When I saw The Da Vinci Code precariously balanced on the fountain at the Louvre, I thought Robert Langdon must be around. Or, at least, Tom Hanks, which made me think of the movie and Audrey Tautou … and … sorry, just lost concentration thinking about Audrey Tautou.

Continuing on with the third book featuring Robert Langdon and on a wine Wednesday, it got me to wondering, how many glasses, no, bottles, or is it even cases, hmm, of wine does it take to read a novel? While it probably wouldn’t be proper research if I studied this with the current books in the series since those would be rereads, perhaps I’ll do a proper tally when the new book comes out. All in the name of research of course. 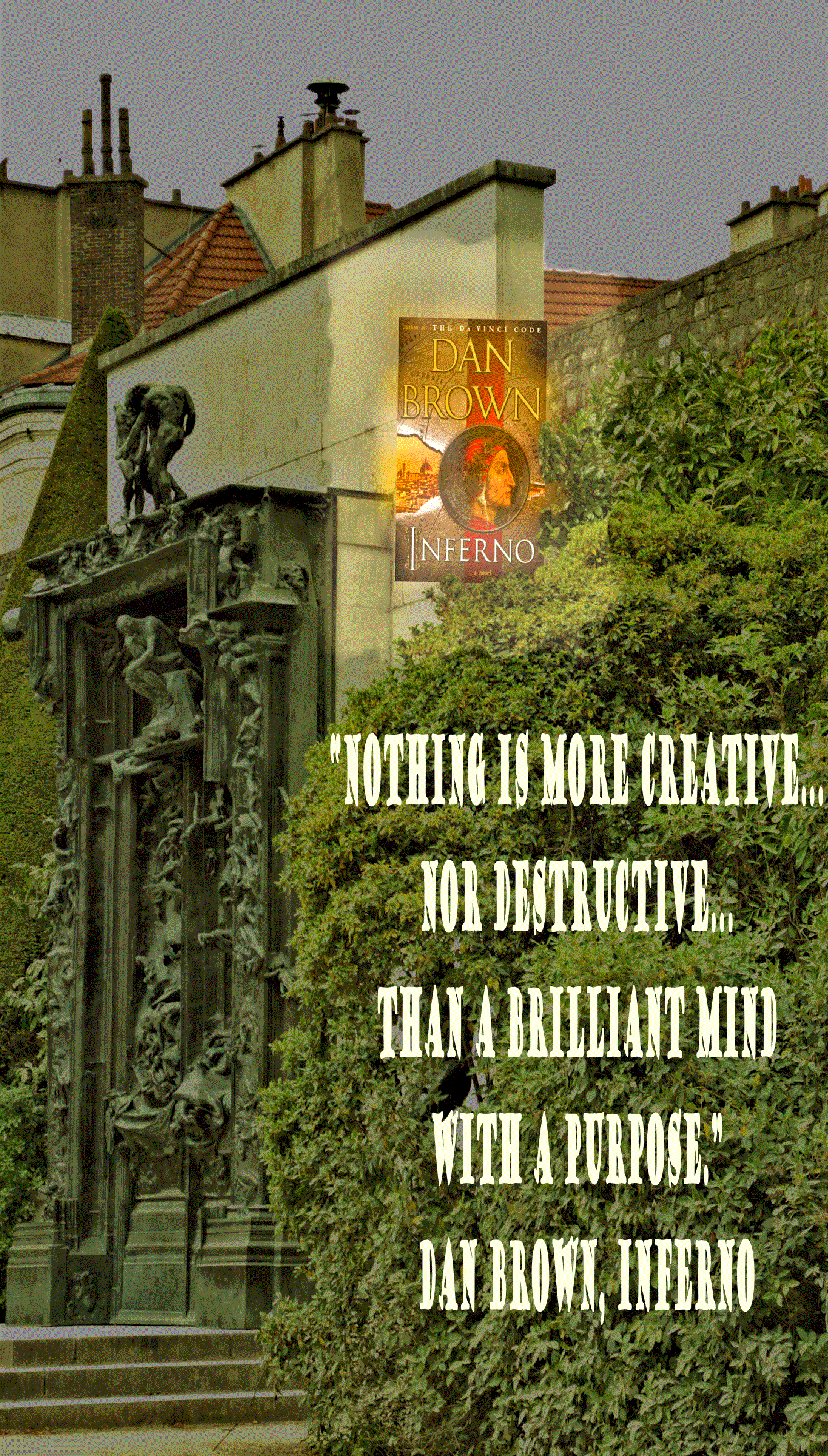 While in Paris at the Rodin Museum, I found out there really is an Inferno behind the Gates Of Hell. Notice I didn’t get too close to those doors. Dan Brown, however, did give me something to think about.

“Nothing is more creative… nor destructive… than a brilliant mind with a purpose.”

I’m into the creative with a purpose part. I, however, will stay away from the destructive and hold off on the brilliant. 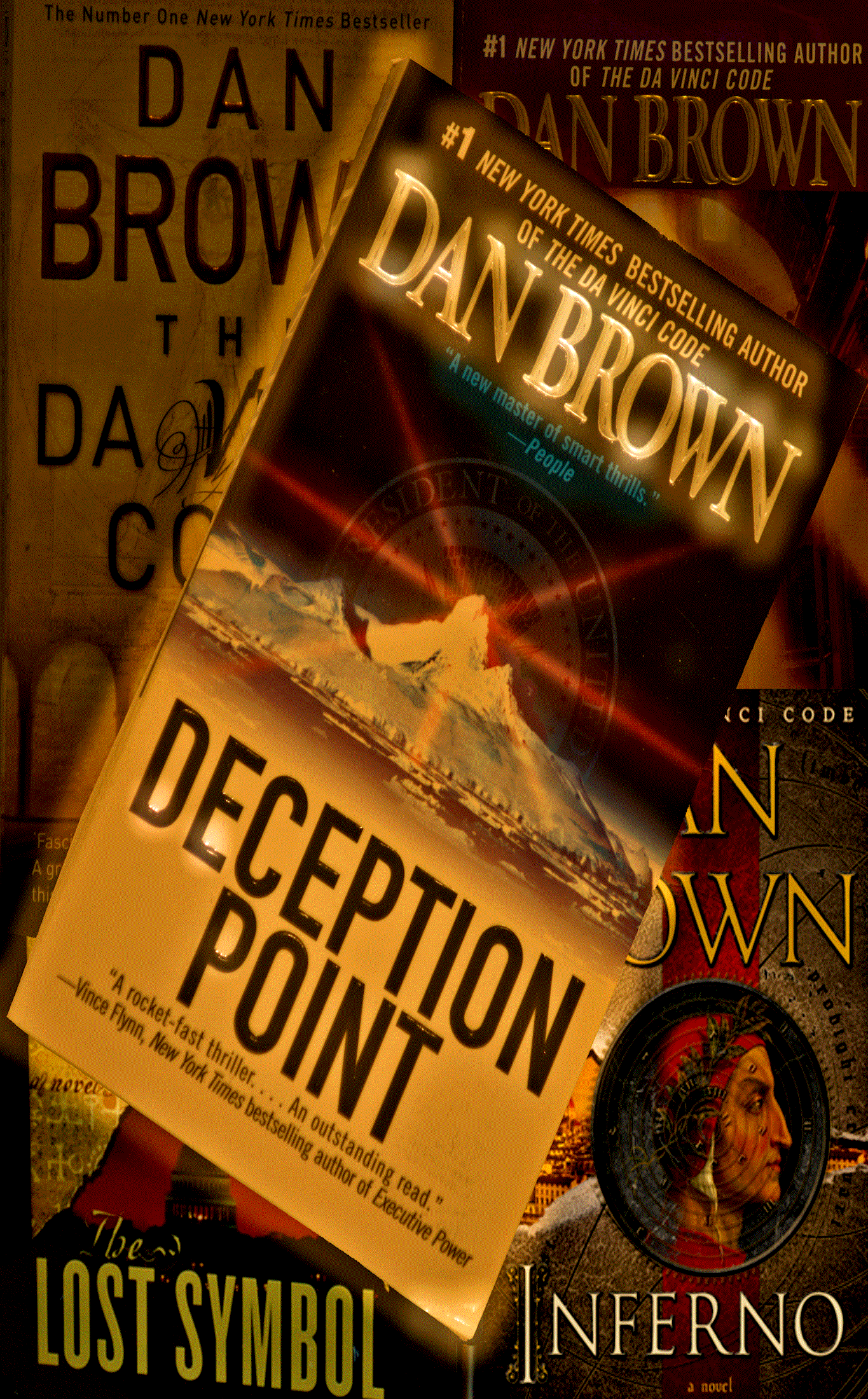 “Deception Point,” where’s Robert Langdon? No matter, you still see Dan Brown. And now you see my collection of his books.