Week of Cuckoo that Was in a Writer’s Images

Cuckoo as in The Cuckoo’s Calling images for weekly post of April 2nd to April 6th by Author Scot Fin. 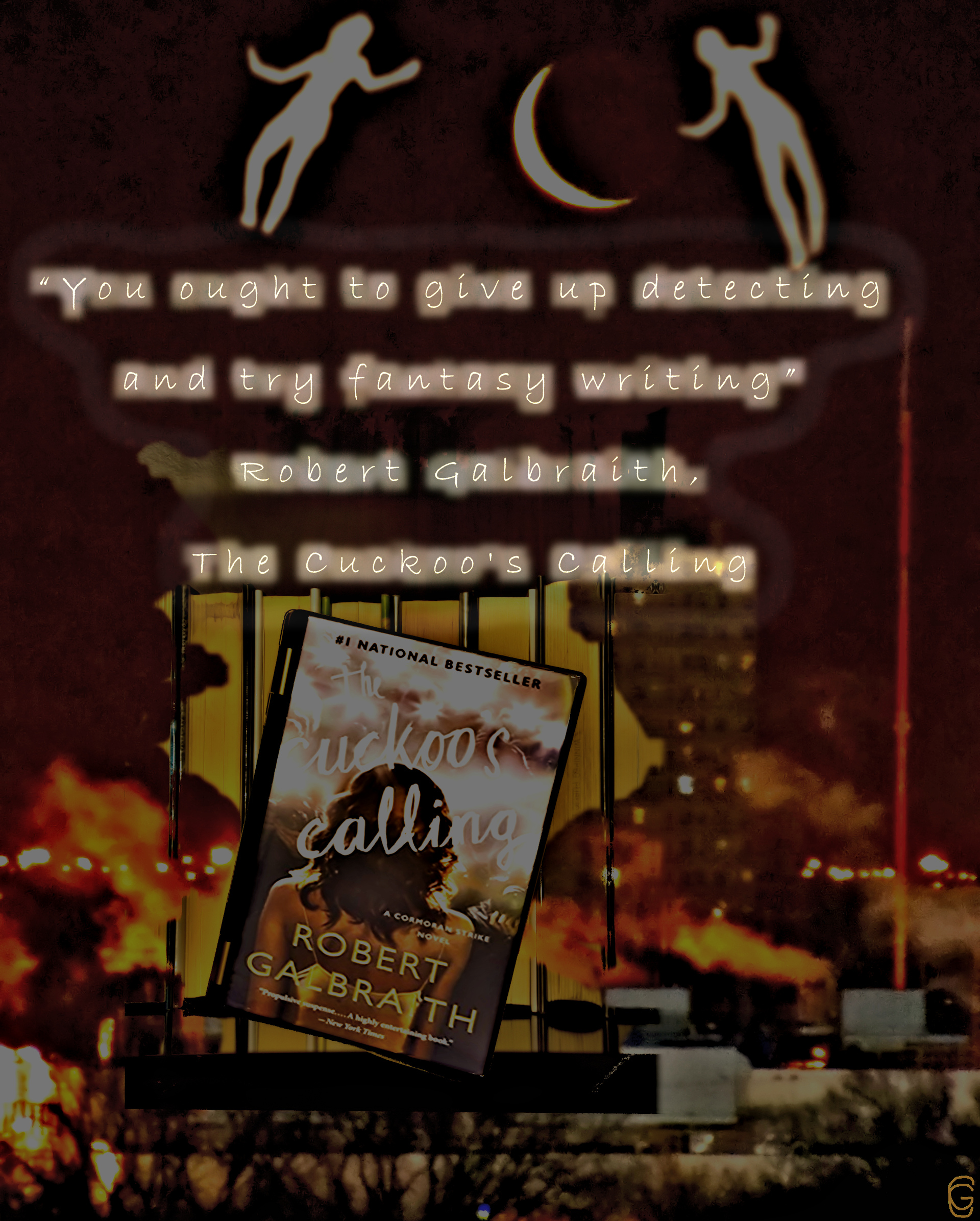 I’ve never done any detecting but I do have my own fantasy writing that includes detecting. Anyway, I am enjoying ‘The Cuckoo’s Calling’ and, while Cormoran Strike seems very masculine, I am ‘detecting’ a feminine side. Could it be Robert Galbraith is a female writer, kind of like Charlotte Brontë writing under her pseudonym, Currer Bell … or is it just me? Whatever the case, seems like a very talented writer here. I’m thinking there might be some fantasy fiction possibilities in the writing style. Is this quote trying to say something? Maybe some ‘detecting’ is in order. 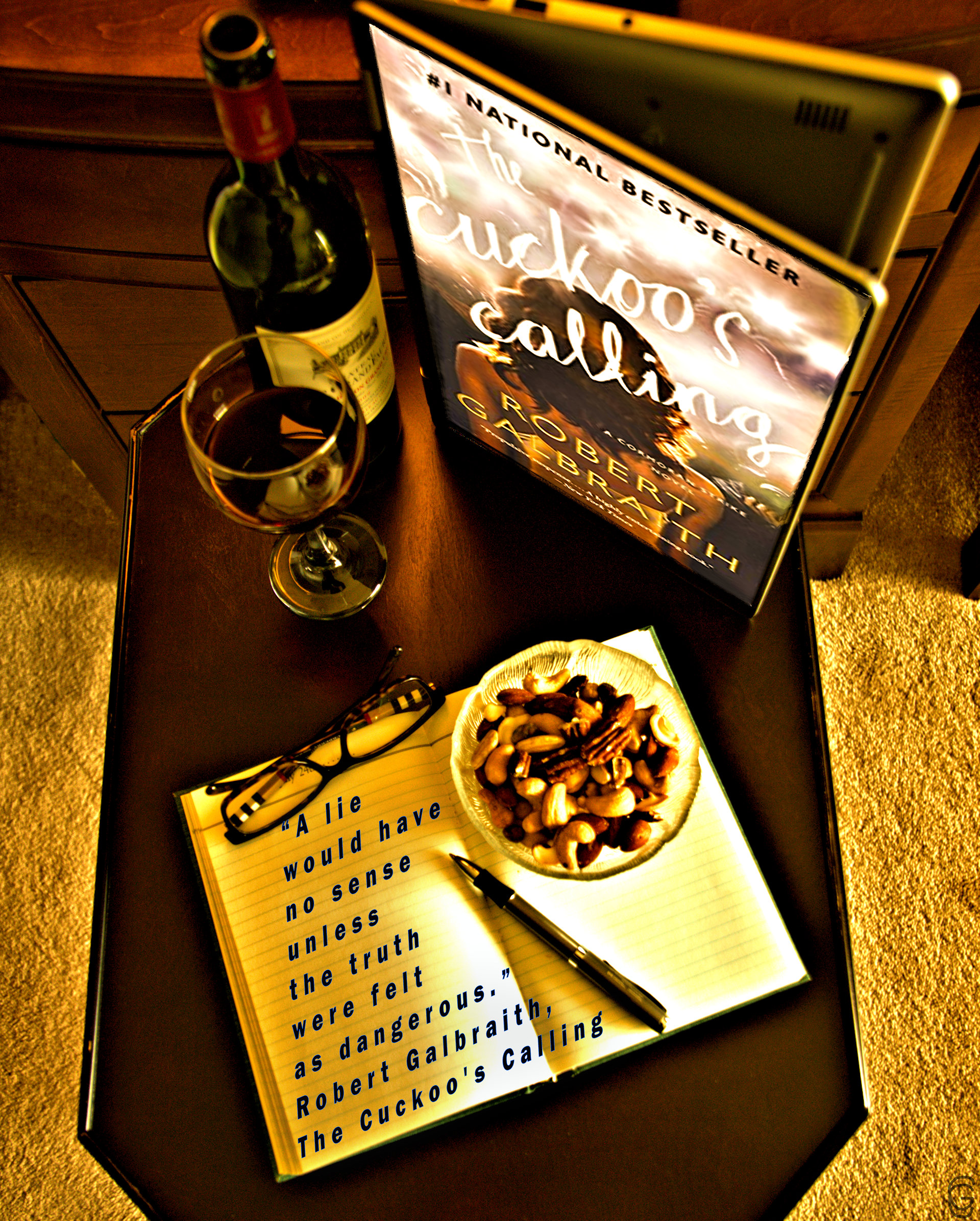 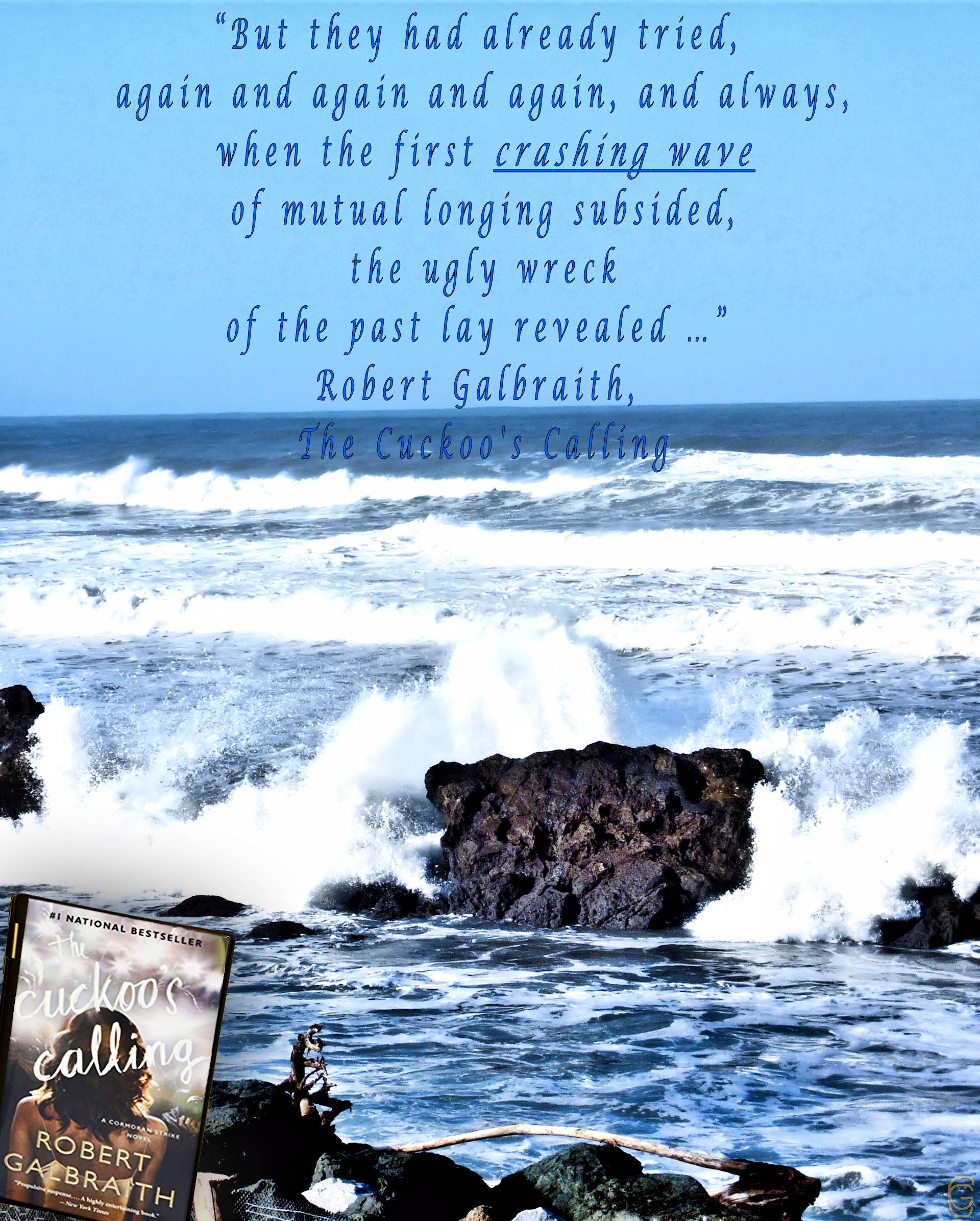 “But they had already tried, again and again and again, and always, when the first crashing wave of mutual longing subsided, the ugly wreck of the past lay revealed …” Robert Galbraith, Book quote.
But, on the other hand, crashing waves can be nice while reading a good book. 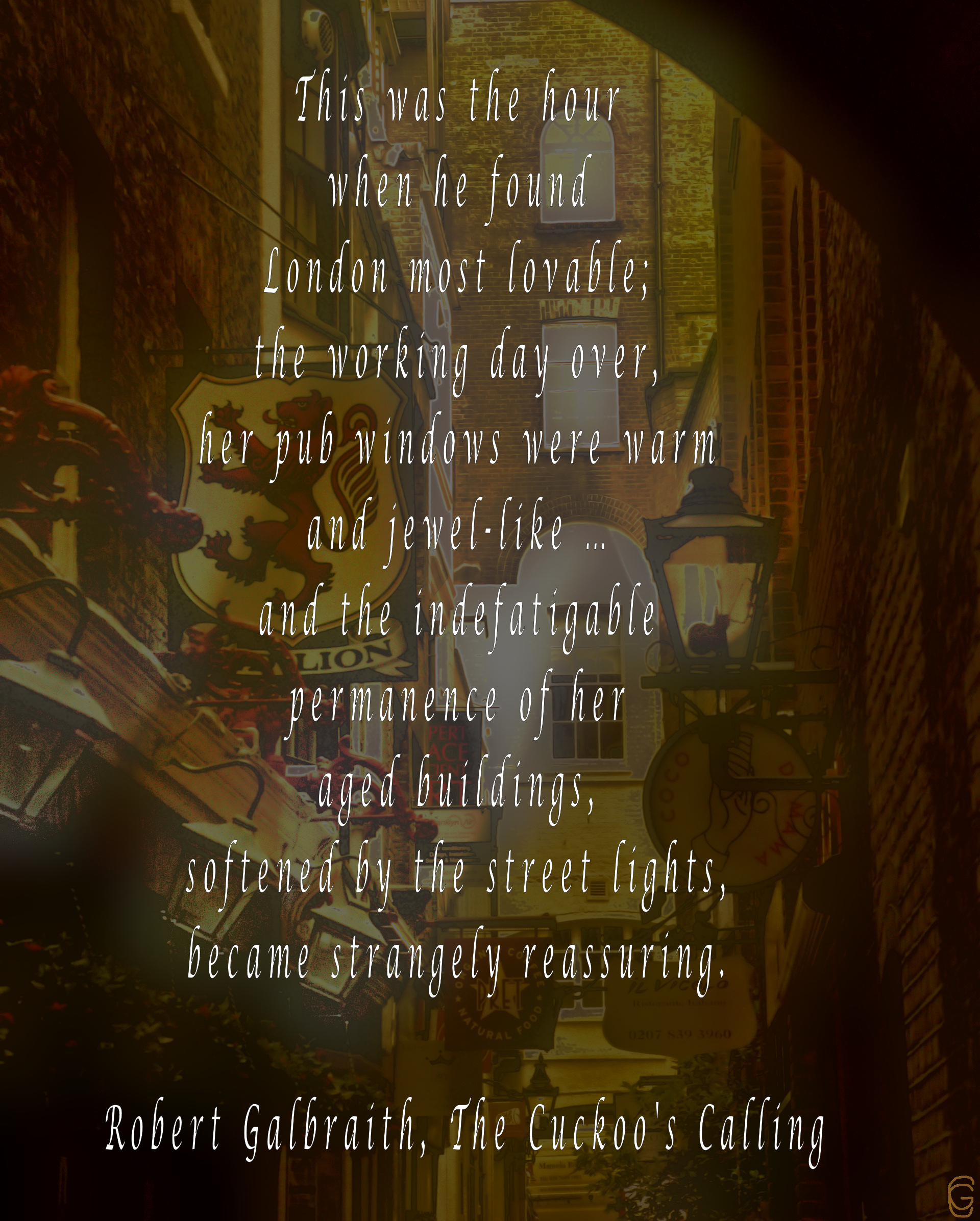 “This was the hour
when he found
London most lovable;
the working day over,
her pub windows were warm
and jewel-like …
and the indefatigable
permanence of her
aged buildings,
softened by the street lights,
became strangely reassuring.”

All of a sudden, I feel strangely reassured … and I want a beer. And, really, this may be the time London is most lovable.