2017 September photos for week of the 4th to the 8th by Author Scot Fin. Full size slideshow at the bottom of this post. 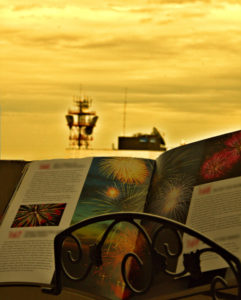 Heard something about an eclipse the other week, so I had all my rooftop equipment out to analyze and was ready for some photography with the aid of one of my photo books and, then, clouds. Actually we are a considerable distance from the good eclipse view area and this is just part of our new view. 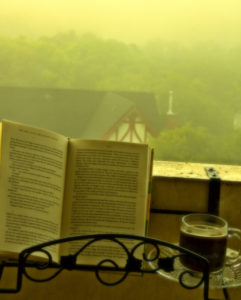 Back to the book. Early morning read in the fog needs some coffee. Well, all reading goes better with some coffee but I’ll say this time it’s because of the fog. I’m back from London not too long ago so I guess the foggy weather was trying to help me in the transition (although we didn’t encounter any fog in London). 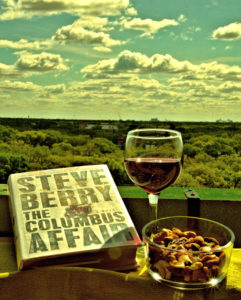 On a foggy day yesterday, it was the coffee that got me going. Today, brighter with scattered clouds, it seems the wine put me in a reading mood. A weather trend? I think not. Either coffee or wine with a good book seems to work whatever the weather.
Steve Berry’s “The Columbus Affair” has been sitting on my bookshelf for a little while. Normally, however, when in the mood for Steve Berry history based fiction, I’ve been catching up with his series but this time I thought it was time for a stand-alone. 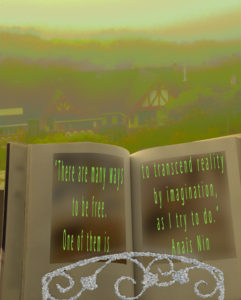 Ralph and the Girl From Mayfair Towers Photos –  8th 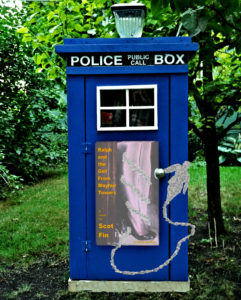 Further to yesterday and transcending reality by imagination, I was all set to take a journey in time and space. It turns out, the box moonlights as a library. Makes sense, you could get quite a few books in there. Guess I’ll just read, seems there might be a book of interest to me. Or write about a different dimension, transcending reality to my astral projection world, since my imagination has been joined by my story teller.

Police box with Ralph and the Girl From Mayfair Towers

Foggy morning read with a cup of coffee

Eclipse ? Nothing but clouds and a book