2017 photos, May, for week of the 15th to the 19th by Author Scot Fin. Full size slideshow at the bottom of this post. 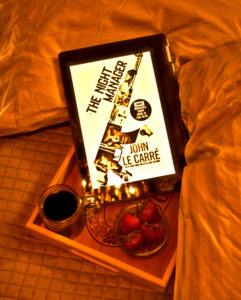 I had heard good things about John le Carré books and then that this one was a BBC miniseries. A miniseries may do better than a movie adaptation of a book but the book was definitely good. I see that the miniseries is available on Amazon and Goggle Play for us in Canada. What I don’t see in any miniseries recaps is reference to the part of the book that takes place in Canada. Hmm. 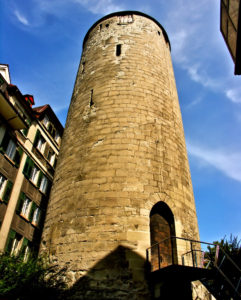 This is where they send bad tourists in Lausanne, Switzerland. I went there and didn’t get out for over a year. Well, actually, I don’t think you can get into Tour de l’Ale, a medieval tower from the 1300’s, but I did get to experience Lausanne for that time. 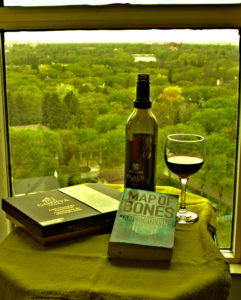 On Wine Wednesday, actually this week, I’m catching up with posts of recently completed reads. This one, Map of Bones, is appropriate since part of it takes place around Lausanne, Switzerland, the subject of my Travel Tuesday post yesterday. This book was another fast paced James Rollins series thriller. Enjoyed it and actually already have read the next in the series. Post coming soon for that one. I seem to read these quicker, maybe because of the fast paced aspect. Oh yeah, the wine … one we haven’t had before but we found it to be a good Australian Shiraz. Goes good with some Godiva dark chocolates. Well I think they go nice in the picture anyways. 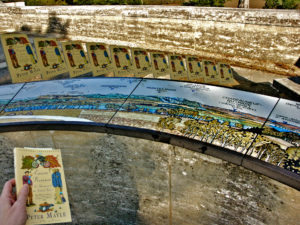 There I was in Avignon with my Peter Mayle book when I ran into him, in a way. Looks like he was headed for Châteauneuf-du-Pape. This book took me longer to read than some, like say, a fast paced action book. That’s probably because I was trying to relate his humorously expressed stories to my experiences in the area. Also, ‘Encore Provence’ was different than the first book, ‘A Year in Provence,’ in that the first one is the time line of a year living in Provence while ‘Encore Provence’ is individual chapters about different aspects of life in Provence. Both are very well written and enjoyable. 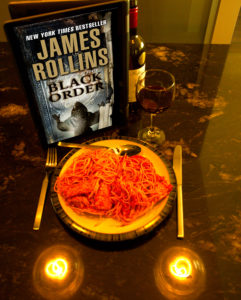 Earlier this week I mentioned I had finished another book in the James Rollins series, Sigma Force. That would be ‘Black Order’ and again I enjoyed this fast paced adventure. Or was it the Scaloppini Pizzaiola and wine that I enjoyed. Nepal, Denmark, Germany and South Africa but no Italian locations in Black Order; perhaps this wasn’t my best book, meal pairing but for my favourite Italian dish, I’ll live with it.

Novel - Map of Bones by James Rollins, image with wine