Good idea. I love London but I’m not sure this sign has completely had the desired impact. London, however, does try to respect people with initiatives such as these Public Spaces Protection Orders in The Royal Borough of Kensington and Chelsea. 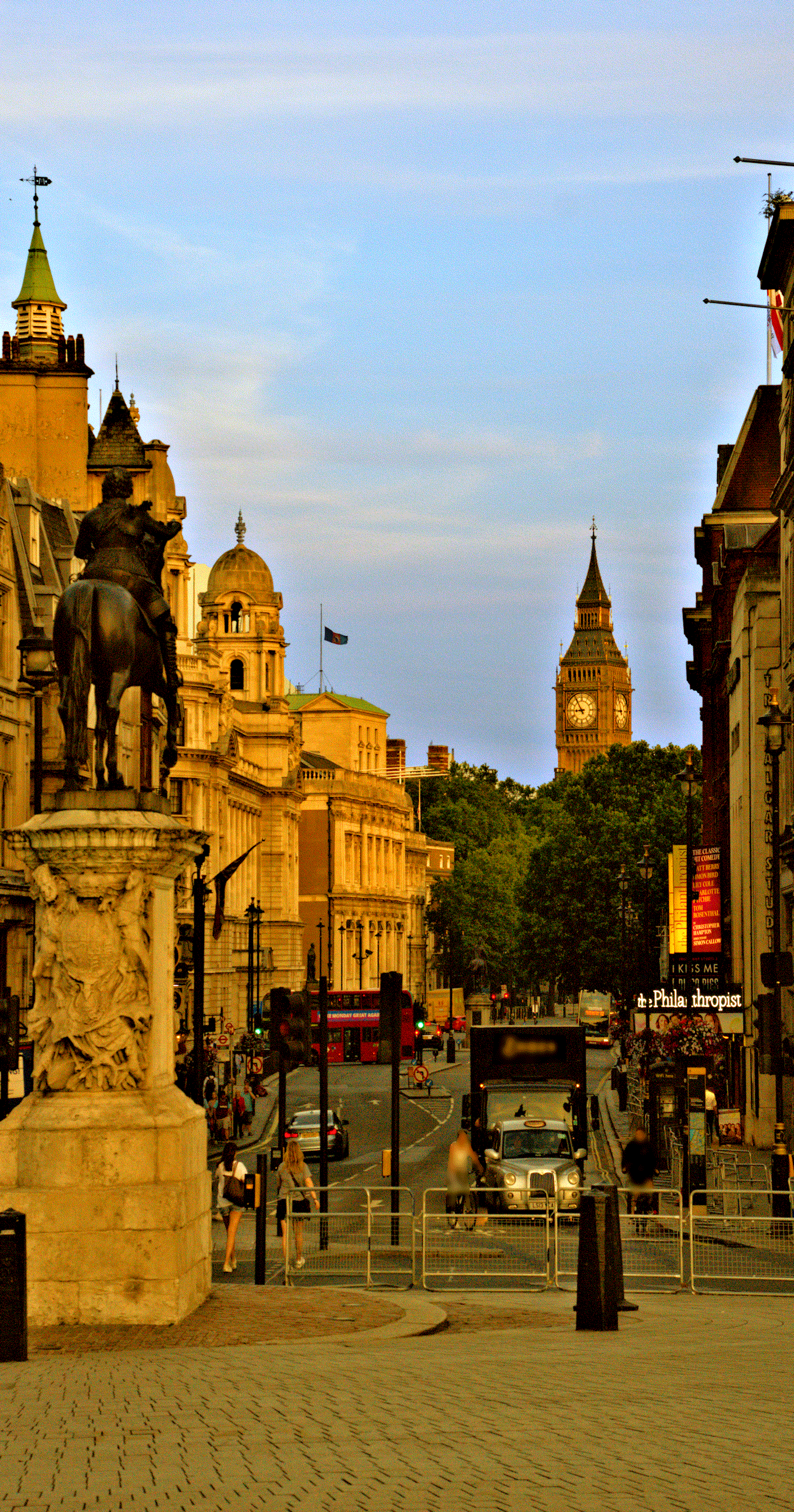 I’ve mentioned how the Eiffel Tower pops up in many Paris street view pictures. It seems, however, that Big Ben fellow does the same in London. In addition, King George IV and his horse seem to be enjoying this view. Nevertheless, this Equestrian statue of George IV will always know the time of day as it looks down Whitehall from Trafalgar Square, or, actually, just outside the square. 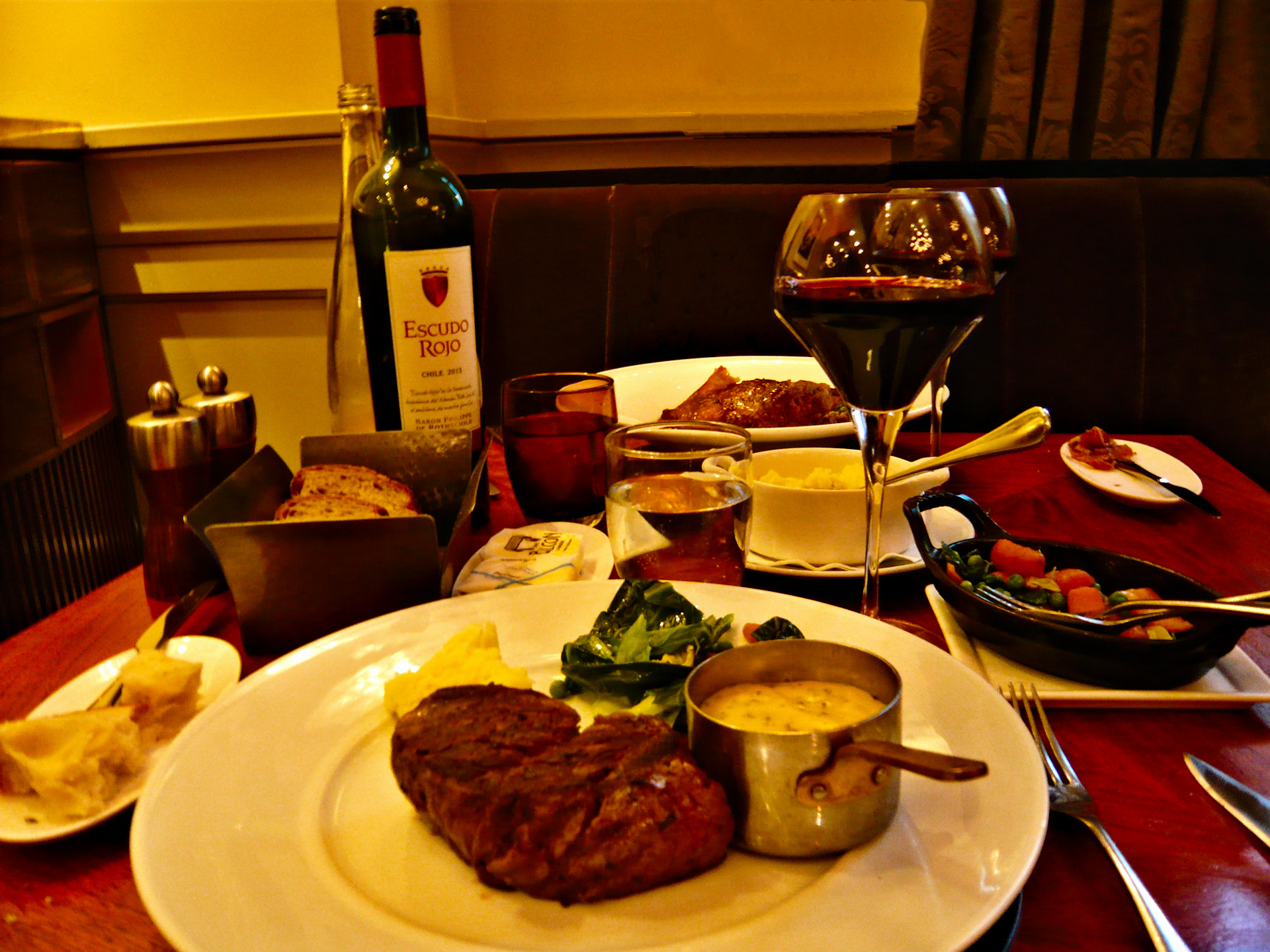 Dining in London? London surprised us with great meals including this one at our hotel, the Sofitel London St James. In addition, the excellent bottle of wine didn’t hurt. Further, as for the hotel itself, we had a superb stay, wonderful staff. 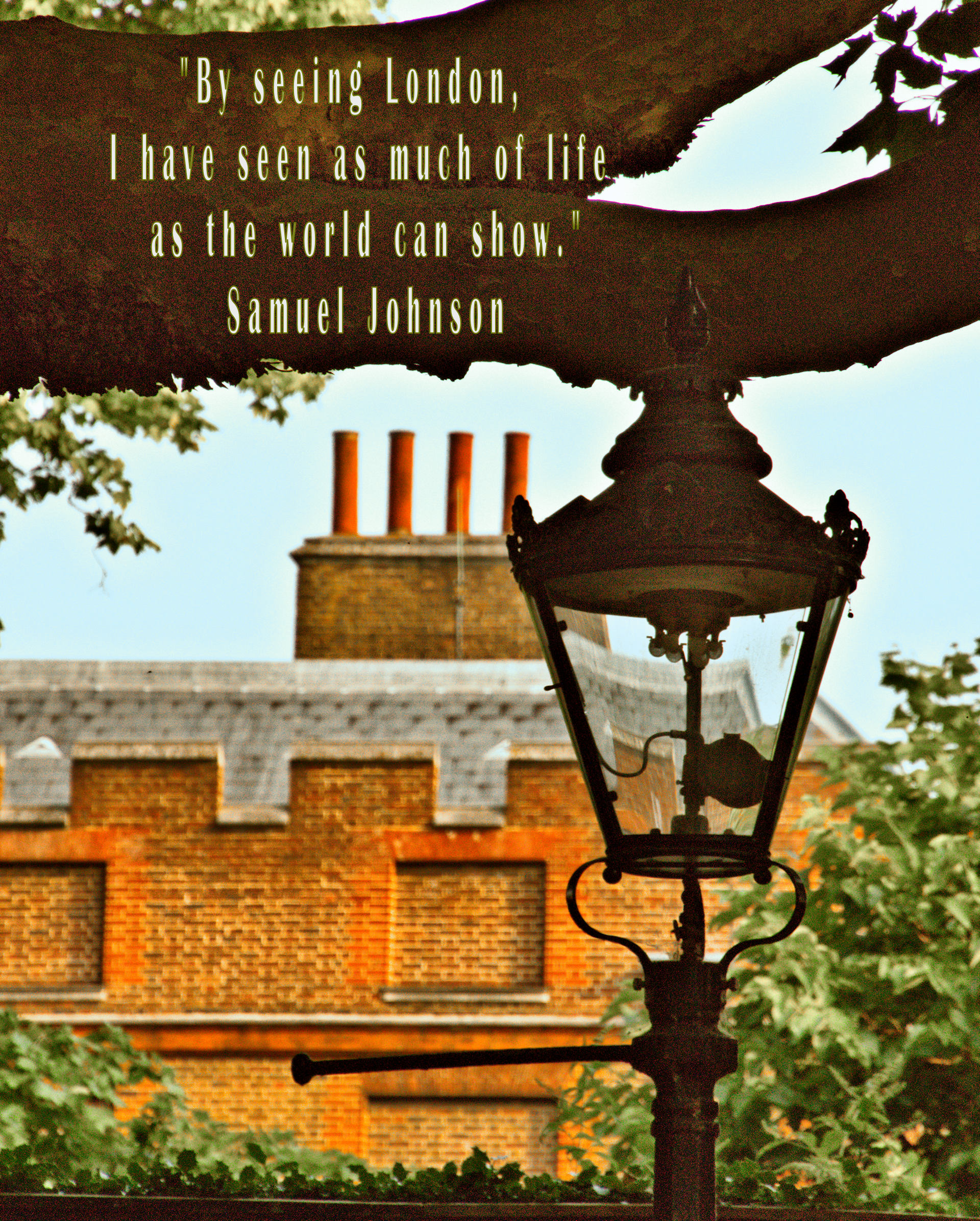 True enough. From hyper hustle and bustle to relaxing green spaces, and maybe a bit of history in there too, hence, London has “all the world can show.” 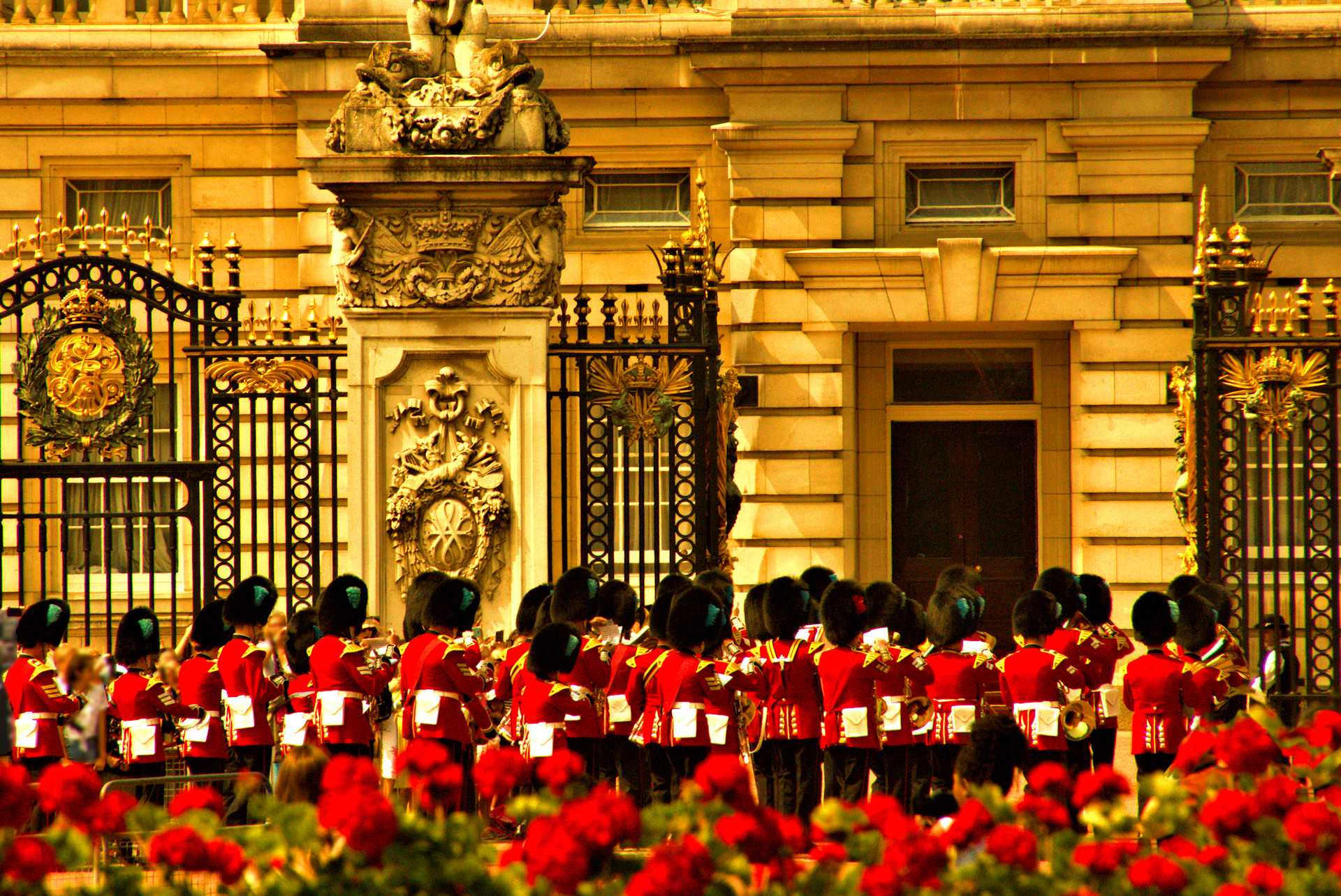 Changing of the Guard

There we were, casually walking down The Mall to avoid Piccadilly congestion, when all this pomp and circumstance broke out. Apparently a lot of people go specifically to see this. I can see why. Okay, maybe we knew what was going on but had never paid attention to the timing.