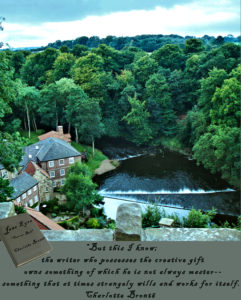 That was about as close as I got to her birth place but I still found her book, something called “Jane Eyre.” I believe it is somewhat well known but surprisingly this one was under her pseudonym, Currer Bell, and her name. I understand the pseudonym was, because of the era, used to hide gender. The book in the image, which I just might have created for this photo, has both names to illustrate this interesting, and hopefully, past era fact. 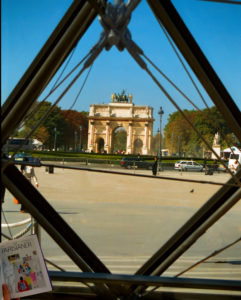 While The Parisianer visits the Louvre, or provides its interpretation in this book, I’m leaving the Louvre. But, since it put me in an artsy mood, first I’ll frame the Arc de Triomphe du Carrousel. 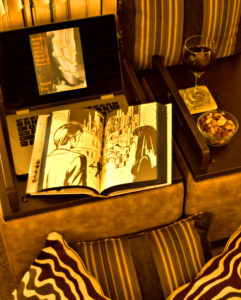 The time of day for the transition from writing to reading. A glass of wine should help. 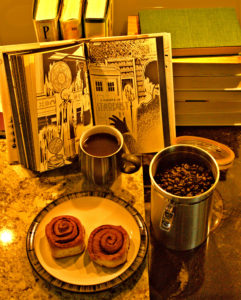 My wife made these delicious whole wheat cinnamon buns for me as a nice snack with coffee while I read Doctor Who. She cooks and bakes while I read. 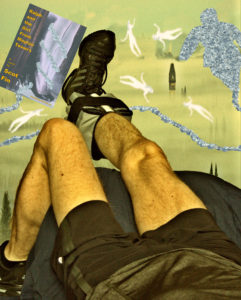 While I should be concentrating on form, longer rep. exercises can lead to the imagination drifting away. Ralph doesn’t always pick the best time to relate his next adventure to me.